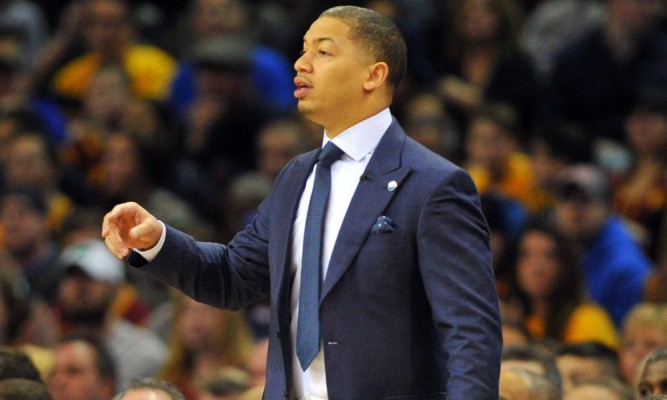 It’s official—Tyronn Lue will coach the Eastern Conference team at the All-Star Game on February 14th.

Despite coaching in just three games as the Cleveland Cavaliers head coach, Lue was officially announced as the Eastern Conference All-Star head coach by the NBA on Tuesday night. Lue had just won his second game as Cavs head coach, following a 115-93 win over the Phoenix Suns.

By rule, Lue will be the Eastern Conference’s head coach because the Cavaliers have the best record in their conference two weeks before the game. The NBA explains their selections at the All-Star Game in the following description:

While just about everyone will claim Lue is undeserving of this honor, the selection is simply following NBA rules and guidelines.

Although David Blatt led the Cavs to a 30-11 record before his firing last week, he technically cannot coach the Eastern Conference All-Star team because he is no longer the head coach of Cleveland.