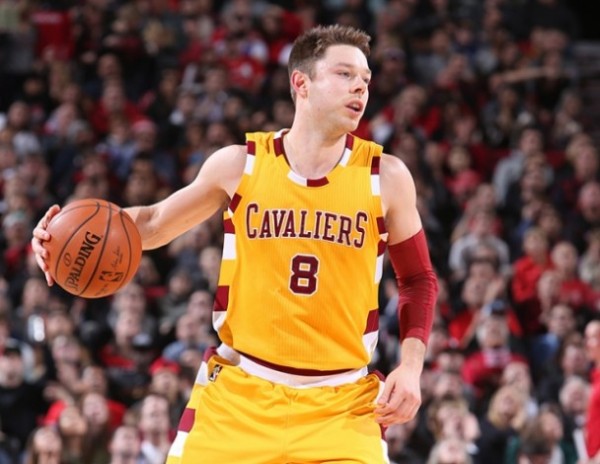 (Portland, OR) — Suffering from an obvious Christmas Day letdown, the Cleveland Cavaliers quickly fell behind the Portland Trail Blazers and proved to be no match for their opponents as they dropped a 105-76 decision at the Moda Center on Saturday night.

Kevin Love’s three-pointer gave the Cavs a 3-0 advantage with 10:41 left in the first quarter, but from that point on, it was all Trail Blazers as they began the rout by putting together a 13-1 run. That was then followed by a 19-6 surge, and by the end of the first period the Cavaliers trailed 34-12.

From there, the closest Cleveland would get for the rest of the game was at 40-24 with 6:46 to go before intermission. Portland then quickly wiped out any hopes of a comeback with a 23-10 run to close out the half. The remainder of the game effectively amounted to garbage time, with no hint of a comeback from the Cavaliers.

“We were lacking in energy, lacking in approach,” said Blatt. “There’s no excuse that I can give that’s reasonable. We got kicked in the keister.”

LeBron James also had a succinct idea on how to deal with the defeat:

“Throw it in the trash, because there was nothing we did good tonight,” said James. “We haven’t shot the ball particularly well the last two games, and tonight we didn’t defend very well.”

Meanwhile, Matthew Dellavedova and Richard Jefferson were the only other Cavaliers players to reach double figures. Dellavedova scored 10 and handed out six assists, while Jefferson also tallied 10 and grabbed a pair of rebounds. On the rebounding front, Tristan Thompson reached double figures with 11 on the miserable evening.

Jefferson talked about the mistakes made that quickly put the Cavs in a hole:

“We just didn’t come out and play the way we’re supposed to,” said Jefferson. “We didn’t make them uncomfortable and that’s what our defense is predicated on.”

Cleveland chose to sit out point guard Kyrie Irving as preventative maintenance, given the fact that the team was on the latter part of a back-to-back. However, the Trail Blazers were also without their starting point guard, Damian Lillard, who scored 33 points in the two teams’ previous meeting a few weeks ago.

A combination of factors played a part in the defeat, with another poor shooting effort at the top of the list. The Cavs hit just 36 percent of their shots, compared to 46 percent by Portland, numbers that were much more in favor of the Trail Blazers during the first three quarters. Meanwhile, that contrast was magnified by 17 turnovers by Cleveland as opposed to just eight by Portland.

Blatt talked about what the Cavaliers needed to do to get back to their mindset prior to the start of the road trip:

“We have to get guys in shape and get them in the flow,” said Blatt. “You have to learn from this and move on. This was a bad night, but we didn’t become a bad team all of a sudden.”

The loss drops the Cavs to 19-9 on the year, while Portland improves to 12-20 on the campaign.

James spoke about how to approach the remainder of the team’s Western swing:

“We can’t let this one linger, we still have two games left on this trip,” said James.

The Cavaliers look to put an end to their two-game losing streak on Monday night when they travel to Phoenix to face the Suns in a game set to tip off just after 9 p.m. ET.