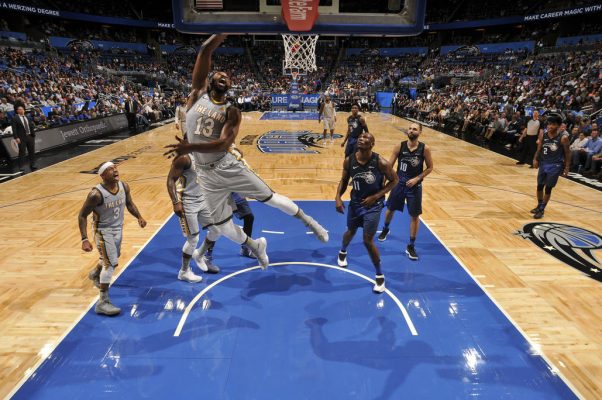 (Orlando, FL) — Another disastrous second half for the reeling Cleveland Cavaliers resulted in a 16-point halftime lead turning into an 116-98 loss to the Orlando Magic at Amway Center on Tuesday night.

Some glaring statistics help shed some light on how the collapse took place, with the Magic hitting 58 percent of their shots from the field after the break and holding a dominating 33-10 lead on the glass during that same time frame.

“We played well for a quarter and a half, came out completely flat in the second half, and couldn’t do anything defensively,” Cavs assistant coach Larry Drew said.

Drew replaced head coach Tyronn Lue after Lue left for the team’s locker room during the second quarter due to an undisclosed illness.

“I saw him at halftime. He was starting to feel better, but he just couldn’t return in the second half,” Drew said of Lue. “He seemed fine before the game, but it just came on all of a sudden.”

The Cavaliers were seemingly in control of the contest, having led during the entire first half and were holding a 77-61 advantage with just under 10 minutes left in the third quarter. At that point, the Magic erupted with a 19-2 run to take the lead, fueled by 11 unanswered points to start the surge, and took a 92-89 lead into the final 12 minutes.

“They came out with a sense of urgency in the second half,” LeBron James said of the Magic. “The snowball sort of turned into an avalanche in the third quarter.”

Defensive issues served as the main culprit during the Cavs’ third-quarter troubles, with the Magic hitting 70 percent of their shots from the field. That success was aided by 10 assists that were dished out by Orlando in the period.

“We stopped doing what worked. Simple as that,” Isaiah Thomas said. “When we hit adversity, we go our separate ways.”

In the final period, Dwyane Wade‘s 3-pointer with 10:59 remaining deadlocked the game at 92. However, over the next six minutes, the Magic ran off 16 unanswered points to effectively put the game away with a 108-92 lead with 4:51 remaining.

In contrast to the third-quarter defensive woes, it was offensive futility in the fourth that plagued the Cavaliers. A total of 13 straight shots were missed from the field following Wade’s tying basket and the Cavs finished the quarter connecting on just 3-of-18 (17 percent) in that department.

“We’ve got veteran players, we need to manage the game better,” Wade said. “It’s not the coaches fault, it’s the players and we have to own it.”

James led the Cavs with a double-double, scoring 25 and grabbing 10 rebounds, while also adding five assists. A trio of players: Tristan Thompson, J.R. Smith and Jeff Green, finished with 12 points, with Thompson hauling down nine boards. Meanwhile, Wade and Thomas each tallied 11 points, with Thomas and Smith scoring all of their points in the first quarter.

The Cavaliers once again have a quick turnaround as they come back home to face the Minnesota Timberwolves on Wednesday night. That game will tip off at just after 7 p.m.