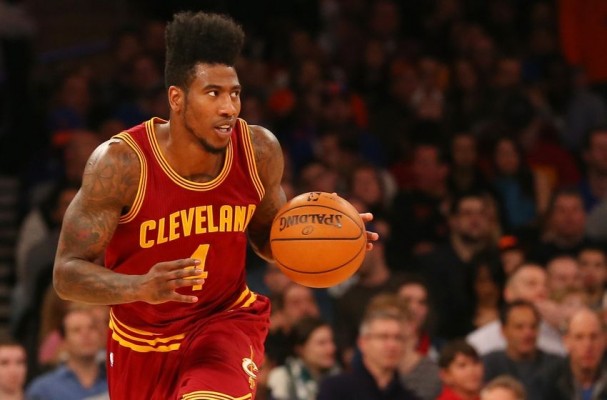 The first of two important transactions for the Cleveland Cavaliers has taken place with news that guard Iman Shumpert has been activated for Friday night’s road game against the Orlando Magic.

While there’s no guarantee that Shumpert will actually take the court on Friday, his return to the starting lineup appears imminent. Originally, when his wrist injury was detected on the first day of training camp, Shumpert was expected to be out until January.

There’s no word exactly when the other component of the Cavaliers’ injured starting backcourt, guard Kyrie Irving, will be able to resume playing. He last saw game action in Game 1 of the NBA Finals, leaving midway through the overtime period. Later that evening, he was diagnosed with a fractured left kneecap and has spent the past six months working his way back.

However, Irving is also close to resuming his place in the Cavs starting lineup, and could potentially see action in Tuesday night’s road clash against the Boston Celtics.