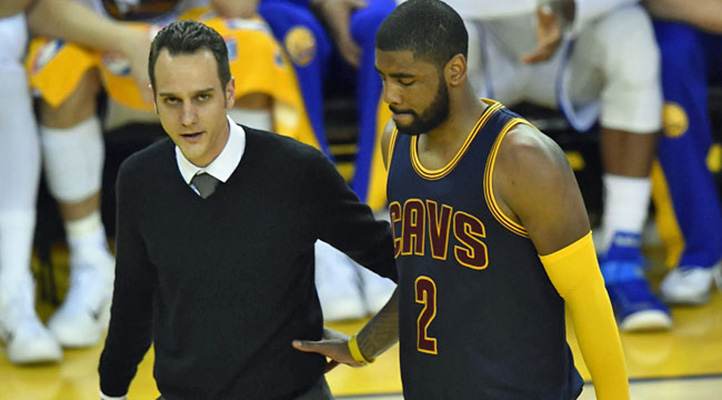 The worst fears of Cleveland Cavaliers fans have unfortunately been realized with respect to the status of point guard Kyrie Irving. He has a fractured left kneecap and will need three to four months of recovery.

Irving re-injured his knee during the overtime portion of Thursday night’s opening game of the NBA Finals against the Golden State Warriors that the Cavaliers dropped, 108-100.

The diagnosis came after an MRI was constructed at the Stanford Sports Medicine Clinic in nearby Palo Alto. The surgery is expected to be performed at the Cleveland Clinic in the next week or so by the team’s head physician, Dr. Richard Parker, one of the most prominent orthopedic surgeons in the country.

The loss puts the already shorthanded Cavs squad, which is also missing forward Kevin Love, in a huge bind as it attempts to defeat a Warriors’ team for its first NBA title.

“The good thing about it is we’ve been in this position before,” Cavaliers forward LeBron James said regarding the devastating news. “We’re not quite sure right now. If he’s not able to go, it’s something that’s not new to us. So next man up.”

The most prominent young NBA player to have suffered a fractured knee cap and returned to form was the Los Angeles Clippers’ Blake Griffin, who suffered his injury during the 2009-10 campaign.