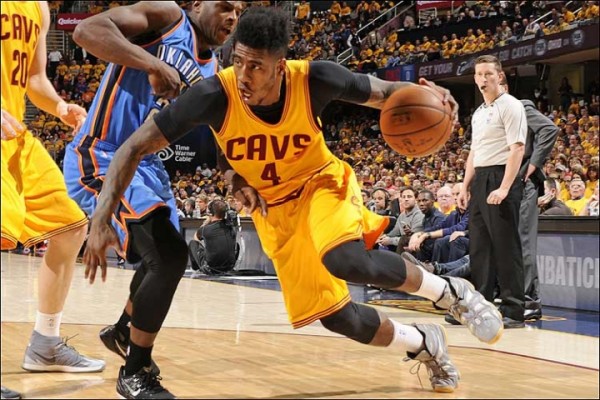 If Iman Shumpert‘s drive is of any indication, he could be playing for the Cleveland Cavaliers in approximately a month, with reports saying that his aggressive approach to rehabilitating his wrist injury is the reason for the positive outlook.

Shumpert was first diagnosed with a ruptured Extensor Carpi Ulnaris sheath in his right wrist on the team’s first day of training camp, and was expected to be out until early January. However, according to the Cleveland Plain Dealer’s Chris Haynes, the shooting guard is focused on suiting up by December 15.

Based on the expectation of a 12-to-14 week recovery period, that December date would be the earliest that Shumpert could be expected to return. However, the Cavaliers’ medical staff will be cautious in their appraisal of when he is cleared to play again, fearing that a re-injury could cause him to miss even more time.

As far as Shumpert is concerned though, his goal is to return by December 15:

Shumpert has maintained his conditioning by working exclusively with his left hand in drills that include passing, ball handling, putting up floating jumpers and even dunking. Soon, he’ll begin working again with his dominant right hand:

While frustrated at not being able to play, Shumpert has intently followed the rehabilitation process the team has set up, though they have periodically asked him to scale back his intensity. Despite that fervor to take the court, he remains aware of the high stakes involved:

“I’m coming back when it feels right,” said Shumpert. “I’m not in a rush. We know what we’re playing for.”

If Shumpert is able to be cleared by December 15, his first game back would be that night in Boston against the Celtics. That game already has some intrigue attached to it, since it will be Kevin Love’s first game there since his season-ending shoulder injury in the clinching game of the first round of last season’s playoffs.