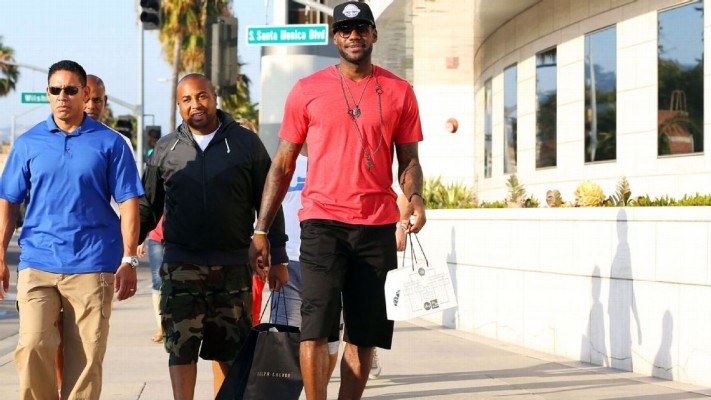 The real estate portfolio of the Cleveland Cavaliers’ LeBron James increased on Tuesday when it was announced that James had purchased a home in Los Angeles for approximately $21 million.

Knowing that the news, which was first reported by the entertainment magazine Variety, would set off speculation about James’ future with the Cavaliers, a spokesman for the superstar told ESPN.com that there was nothing for Cleveland fans to worry about:

“This is not a basketball decision. He enjoys L.A. as a vacation spot and as a place to relax in the offseason,” said the source.

The home, which was built in 2011 for a real estate developer and his family, is located in the Brentwood district of the city. It has six bedrooms, seven bathrooms and covers approximately 9,350 square feet.

Over the past year, James has made a prominent appearance in the Amy Schumer comedy, “Trainwreck,” and also serves as an executive producer for the Starz series, “Survivor’s Remorse.” Having established a relationship with other entertainment companies that are based in Los Angeles, his business footprint in the industry is expected to continue increasing in the years ahead.

James is making just under $23 million this season and is expected to opt out of his two-year contract with the Cavs next July. Due to an expected large jump in the league’s salary cap, he’ll undoubtedly receive a huge salary increase.