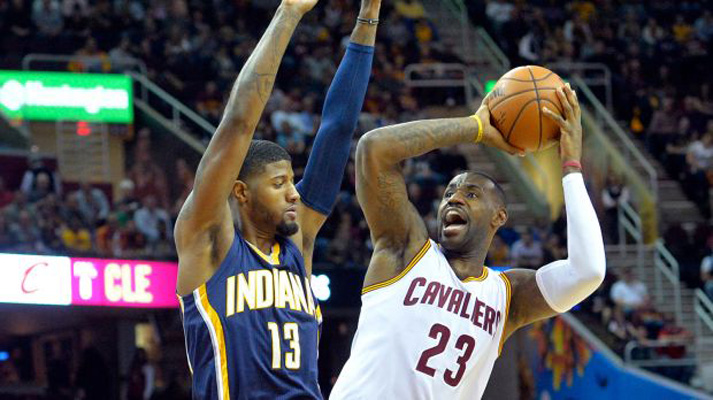 The Cleveland Cavaliers defeated the Indiana Pacers on Sunday, but the end result did not seem to faze Paul George.

After the game, George—who scored 32 points in the loss on 11-of-21 from the field—stated that the Pacers aren’t scared of the Cavaliers:

“I think we match up well against this team. This team doesn’t really scare us. They had to play a full game against us. It’s on us to get where we want to get to. It’s all about who gets the last laugh when we’re in the NBA Finals or playing against the Cavs in the Eastern Conference finals or whoever.”

The game was pretty tight for the most part as the Cavaliers led by just one point entering the fourth quarter. In fact, Indiana led 90-88 with a little over four minutes remaining.

While there is little doubt that this game was a close one, George needs to keep this in perspective—Cleveland was missing three key players in Kyrie Irving, Iman Shumpert and J.R. Smith.

The Pacers are starting to gel nicely, due to their swingman starting to look like the George of old. The 25-year-old scored a season-high 36 points in a win over the Miami Heat on Friday night.

However, let’s be real here. The Cavaliers are clearly the best team in the Eastern Conference, and they’ve proved this without three of their key players. While it’s early in the season, the Pacers are currently a 3-4 team that will likely be battling just to make it into the playoffs toward the end of the season.

While it’s a nice mental tactic by George to increase his team’s confidence, it’s nowhere near reality.