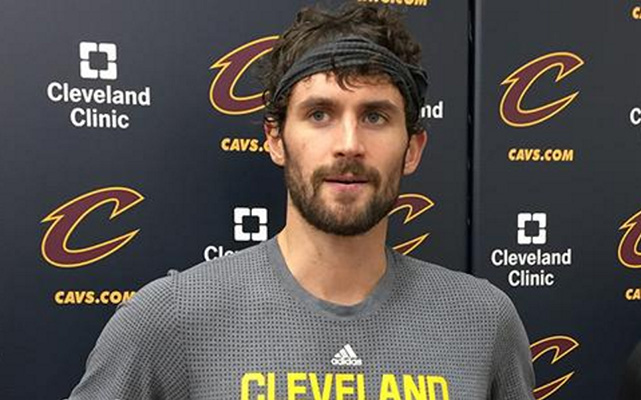 Confirming the speculation that has been building over the past week, Cleveland Cavaliers head coach David Blatt said that power forward Kevin Love will return to the lineup for Sunday’s preseason road clash against the Toronto Raptors.

Blatt made the succinct announcement following the team’s practice on Friday, with Chris Haynes of the Cleveland Plain Dealer quoting Blatt:

“He went through a full practice today, including live work,” said Blatt. “He’s ready to go. Will play Sunday.”

Love’s appearance in the game will be his first official action since injuring his shoulder during Game 4 of the opening round of last year’s NBA Playoffs against the Boston Celtics on April 26.

The injury to Love sparked heated comments toward Celtics’ forward Kelly Olynyk for his part in the injury. However, over the summer, the two mended fences, with Love simply looking to move on.

Love’s absence proved to be costly to the Cavaliers who came up two games short of an NBA title due to the season-ending injuries to both Love and point guard Kyrie Irving. Love’s backup, Tristan Thompson, put up impressive rebounding numbers in his absence, but hasn’t reported to training camp due to a contract dispute.

At the time of his injury, rehabilitation and recovery was expected to take between four to six months. The six-month time frame was obviously the more conservative projection, and his effort will come just eight days short of that span.

The Cavs-Raptors matchup is scheduled to tip off just after 6 p.m. ET.