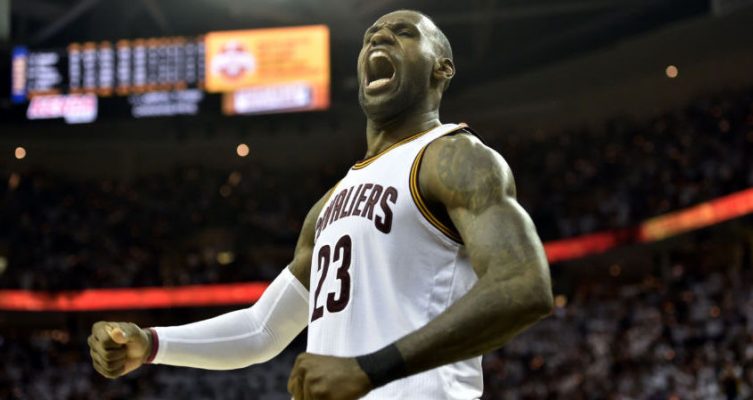 For the past 14 seasons, Cleveland Cavaliers forward LeBron James has achieved countless records and has been a part of three NBA championship squads. Despite that legacy, which doesn’t appear to be ending anytime soon, James has had to deal with critics who claim that he comes up short in comparison to some of the all-time greats in basketball history.

After the Cavaliers’ resounding victory in Game 3 of the Eastern Conference semifinals, James spoke to Cleveland.com to address those still finding faults in his game:

“What else do I have to prove? Seriously, what else would I have [to do]?” James said. “I’ve won championships, I won my first one and I’ve won for my teammates, I came home and won. There isn’t anything I have left to prove.”

For the 2017 postseason, James has led the Cavaliers to seven consecutive wins and matched Kobe Bryant’s 2008 playoff start, when the future Hall of Famer scored 240 points in the first seven games of the playoffs for the Los Angeles Lakers. No other player has scored that amount in the past nine years.

James is also shooting at a 56.6 percent rate from the field this posteason and is averaging 9.0 rebounds and 7.3 assists. Despite those glossy numbers, James’ only concern is winning.

“If you’re not in a place where you can win, where you might not have the opportunity, then that might not be what it’s about for you,” James said. “For me, I’ve always won. Ever since I started playing this game, my first year in youth (basketball), we went 6-0 and won the championship. And then we won it again.”

When to comes to finances, which is something that plagued his early life, such concerns are no longer a problem. That’s because Forbes magazine has estimated his net worth to be $275 million.

“The only thing I worried about when it comes to money was not to go broke,” James said. “It wasn’t about how much do I need to earn, it was keeping what I have, saving what I have. Where I came from (as a child), I’m not going back there.”

The comfort level of James is also reflected in the fact that he no longer keeps track of his goals via his cell phone. Yet that doesn’t mean that his motivation level has diminished in any way.

When he was first drafted in 2003 by the Cavaliers, he was seen as the team’s savior who would lead it to its first title. When that didn’t happen during his first seven seasons, he signed with the Miami Heat and played there for four years. During that first season in Miami, the Heat lost in the NBA Finals, giving James’ critics more ammunition to bring him down.

However, he answered that with a pair of NBA titles in the next two seasons and another appearance in the Finals in 2014. After that, he made the decision to return to the Cavaliers, where, after a frustrating loss in the 2015 Finals, he led the franchise to its first-ever championship.

During the course of his career, James has won four Most Valuable Player awards in the regular season, three MVP awards in the Finals and is a perennial All-Star. Throw in countless individual records and it becomes clear that finding fault with his game is a pointless exercise.