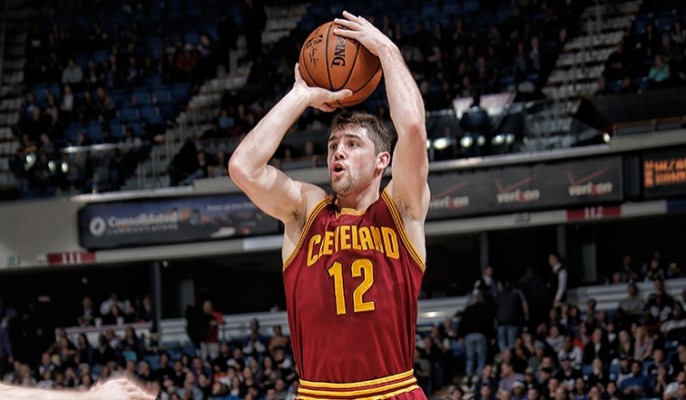 Despite struggling early on in the preseason, it seems that Joe Harris is in no danger of losing his roster spot.

According to Chris Haynes of the Northeast Ohio Media Group, Harris is a lock to remain on this year’s squad. The second-year guard has a guaranteed salary of $845,059 for the 2015-16 season, and the Cleveland Cavaliers hold a team option for Harris worth $980,431.

“Joe Harris isn’t playing his best, but he’s not at risk of being a roster casualty. This post is to clear up any confusion fans may have as to who is on the bubble to make the Cleveland Cavaliers’ 15-man regular season roster. Harris’ salary for this upcoming season is guaranteed at $845,059. The second-year guard is a lock to remain on the squad, team officials insist.”

In two preseason games, the former second-round draft pick is shooting just 30 percent from the field while averaging 4.0 points in 18 minutes per contest.

The team has a plethora of swingmen in Harris’ mold, but as Haynes insists, the 24-year-old has a roster spot locked up despite stiff competition from fellow young players such as Austin Daye, Jared Cunningham and Quinn Cook.

Assuming Tristan Thompson re-signs with the Cavaliers soon, there will only be one regular season roster spot up for grabs for the aforementioned training camp invitees.