Report: LeBron James and His Family Have Narrowed Free-Agency List to 2 Teams 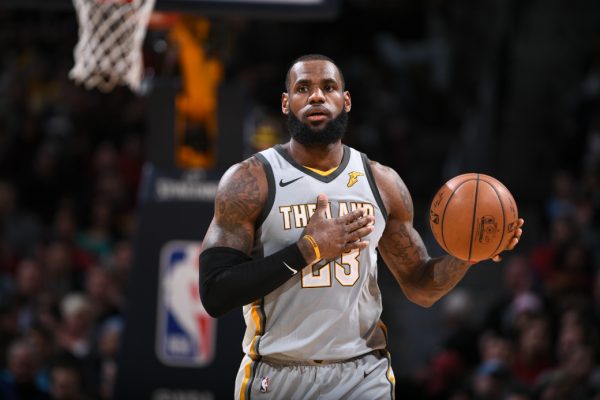 The guessing game that’s been a part of the LeBron James free-agency saga has noted a number of different teams that are supposedly in the running to sign him if he decides to leave the Cleveland Cavaliers again. In the opinion of one member of the media, the final decision will boil down to either the Cavaliers or the Los Angeles Lakers.

Colin Cowherd spoke about the situation on his Wednesday program, “The Herd.” He indicated that one of the key voices in the final determination, besides James himself, will be his wife Savannah:

“My source yesterday said, ‘It’s Cleveland or it’s L.A.,’ said Cowherd. “That’s what the wife wants and obviously wives always have a huge impact. Their opinions on moves with kids are substantial.”

Having grown up in Akron and having deep roots in Northeastern Ohio, James has spent all but four of his 15 years in the NBA as a member of the Cavaliers. Even after he left to play for the Miami Heat between 2010 and 2014, James maintained a home in an Akron suburb. His two sons currently attend school in the area, with his daughter presently scheduled to attend in the years ahead.

That situation would obviously change if James decides to play for the Lakers, who are also rumored to be strong contenders to sign another major free agent, Paul George. James owns two mansions in the Los Angeles area and has spent most of the past few summers in that community, which has been another reason why Los Angeles has been focused on by many experts.

Until James makes his decision sometime next month, the guessing game will continue. At this time eight years ago, there was seemingly little talk of him signing with Miami, so there’s no guarantee that either the Cavaliers or Lakers have the clearest path to getting his signature on a contract.