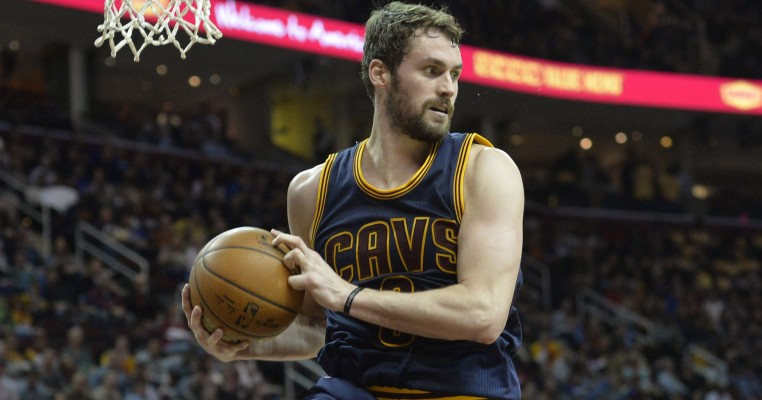 The status of the Cleveland Cavaliers‘ Kevin Love became a little clearer on Tuesday, with head coach David Blatt indicating that the power forward is expected to be ready to play when the team opens the regular season on October 27 against the Chicago Bulls.

Blatt made the comments, which were reported by Jason Lloyd of the Akron Beacon Journal, saying that it was realistic for Love to be ready to go by that time. Love is currently taking part in 3-on-3 drills, with the Cavaliers hoping that he’ll be officially ready to handle full practices by this weekend.

Love didn’t participate in Monday night’s Wine and Gold Scrimmage and will definitely not play in the team’s two preseason clashes this week. Those games will take place on Wednesday night in Cincinnati against the Atlanta Hawks and on the road at Philadelphia against the 76ers on Thursday evening.

The season-ending shoulder injury suffered last season by Love during an April 26 matchup against the Boston Celtics in Game 1 of the first round of the NBA Playoffs forced him to miss the remainder of the postseason. At the time, his recovery was expected to take six months, which would match the timeline perfectly for his expected return.

Other lineup considerations that Blatt addressed included saying that LeBron James would play in Wednesday night’s contest, but not Thursday night’s matchup. The reasoning behind this was that fans in Philadelphia will see James in action during the season, whereas this will be the lone chance for those in the Cincinnati area to see “The King” play.