One youngster that all Cleveland Cavaliers fans are excited about is rookie Kevin Porter Jr.

After a slow start to his rookie season, Porter Jr. eventually found his footing as a potent offensive weapon. A teammate who is certainly impressed by Porter Jr.’s raw ability is Cavs big man Andre Drummond.

Drummond took to social media to respond to an impressive dunk that was completed by Porter Jr. back when he was a high school phenom. 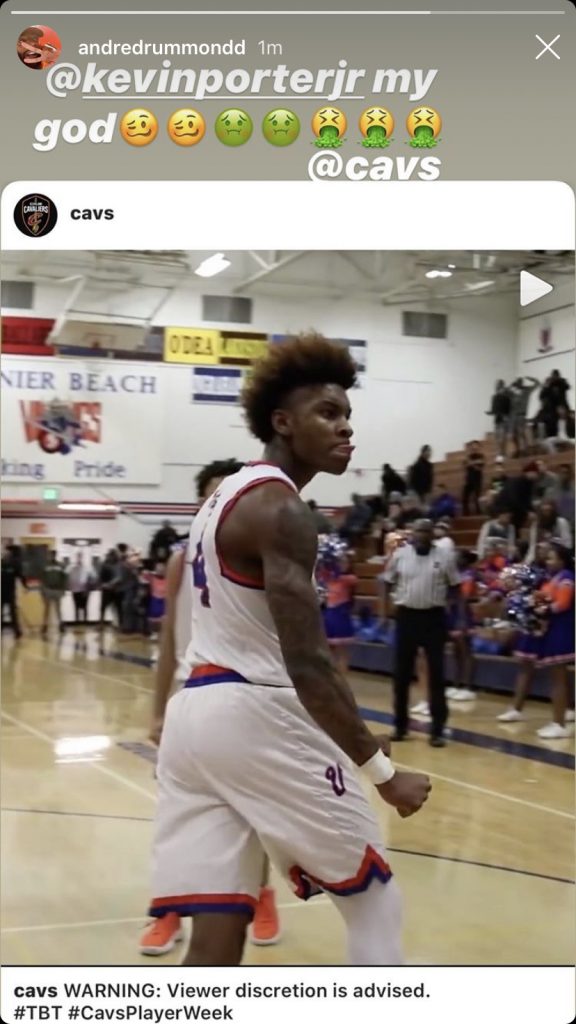 While Porter Jr. was just a rookie during the 2019-20 season, he’s been in Cleveland longer than Drummond.

The former All-Star was added to the Cavs just before the trade deadline in February.

In eight games with the Cavs, Drummond averaged 17.5 points and 11.1 rebounds per game.

Surely, Drummond and Porter Jr. will both look to build off those solid starts and make their marks with the Cavs next season.

Thanks to a combination of proven talent and promising young potential, the Cavs seem to be well on their way in their current rebuild.