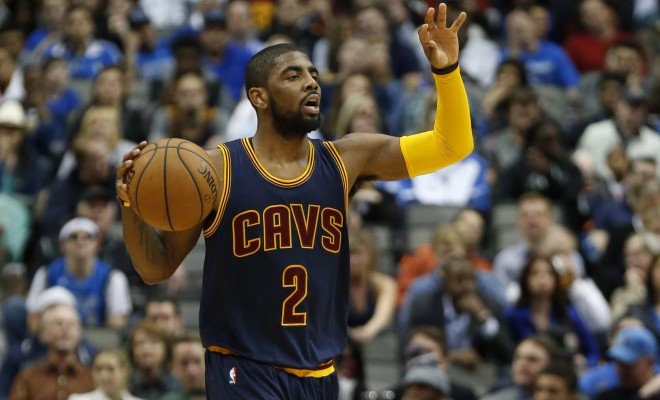 Cleveland Cavaliers point guard Kyrie Irving says that he’s progressing well in his rehabilitation from a fractured left kneecap, a storyline that will be an integral component of the team’s quest to win their first NBA title when they begin training camp at the end of this month.

Irving spoke to the Associated Press from Miami, where’s he been taking part in workouts to get ready for the 2015-16 season as quickly as possible. He gave an upbeat assessment of his progress, saying:

“I’m feeling great. I’m taking my time with it. Obviously, it was a terrible injury but thank God I had the summer to start rehabbing and I’m definitely progressing in the right way. Whatever my timeline is, it’ll be for the betterment of the team and for us to also compete for a world championship at the end of the season.”

Current projections have Irving set to begin playing again in January, though he was somewhat secretive about that date, giving no indication of exactly where he was on that timeline:

“We’re going to keep most of the things in house as far as what’s going on.”

“I feel that was the true testament of our team. We had a bad November, December, January and then we started figuring it out after the All-Star break. We’ll be ready.”

Part of the reason for Irving’s confidence is the fact that the chemistry issues that plagued the team during that slow start are gone, with valuable depth added during the offseason:

“As long as we’re together in that locker room and our coaching staff and everybody is on the same page, we’ll be fine. All the expectations people put on us last year, we were aware of it. But for us, it was about us being together when it really mattered and showing people that this was a team to be reckoned with.”

The Cavs begin the regular season with an October 27 game against their main division and Eastern Conference rival Chicago Bulls.