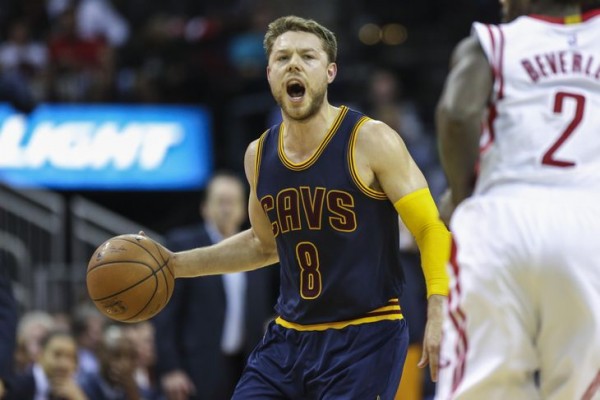 Matthew Dellavedova and the Cleveland Cavaliers have recently come to terms on a one-year, $1.2 million qualifying offer, according to Dave McMenamin of ESPN.

Matthew Dellavedova will return to the Cavs on a one-year deal worth approximately $1.2 million, source w/ knowledge of the deal tells ESPN

The two-year veteran will return to Cleveland coming off of a strong playoff performance. Dellavedova was thrust into the starting lineup at different points throughout the postseason due to injuries to starter Kyrie Irving.

Due to being over the salary cap, Chris Mannix of Sports Illustrated is reporting the $4 million Dellavedova was seeking was simply unrealistic.

Cavs tax situation made offering @MatthewDelly the $4 million per season he was seeking unrealistic. He'll try to cash in next summer.

Dellavedova was a restricted free agent, so  even if the point guard signed an offer sheet from another team the Cavaliers would have had the option to match. This will not be the case next season as he will be an unrestricted free agent following the conclusion of the 2015-16 season.

Dellavedova will likely be third on the point guard depth chart behind Irving and Mo Williams. The two-year veteran has averaged 4.7 points and 2.8 assists per game in two seasons in Cleveland.