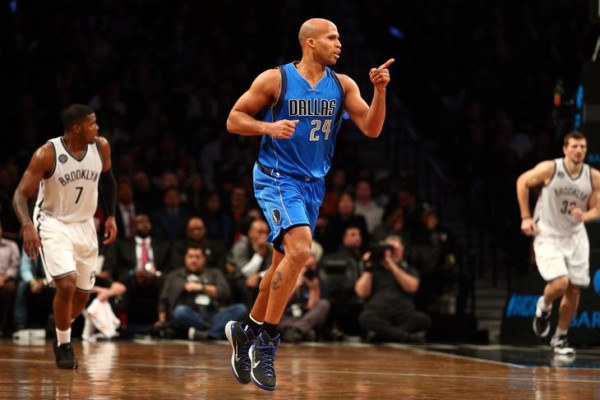 On Tuesday, the Cleveland Cavaliers added some more veteran leadership off the bench with the signing of former Dallas Mavericks small forward Richard Jefferson.

Another curveball in Mavs’ offseason: Hearing that vet swingman Richard Jefferson, thought to be staying in Dallas, now signing with Cavs

Jefferson, who originally committed to re-sign with Mark Cuban and his Mavericks earlier this July, changed his mind in recent days and is instead currently finalizing a one-year veteran minimum deal with the Cavs.

The 35-year old small forward, known for his efficient three-point shooting and dunking abilities, averaged 5.8 points (42.6 percent shooting from three-point range) and 2.5 rebounds in 16.8 minutes per game this past season with the Mavericks.

He is a career 13.9 points per game scorer, while shooting 46.5 percent from the field and 38 percent from three-point range over his 14-year NBA career.