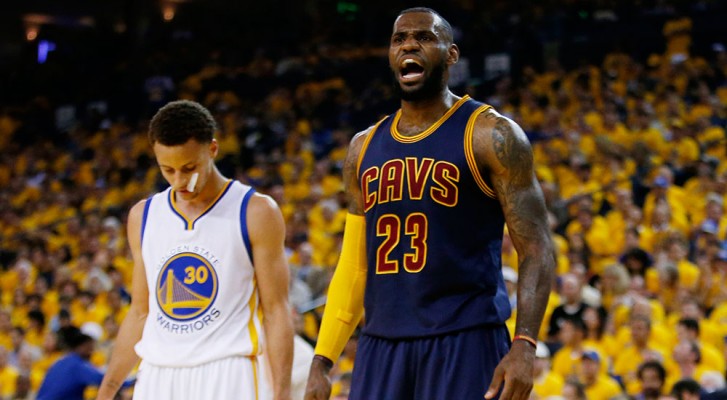 LeBron James has been ranked the third-best player of all-time, according to an ESPN panel.

ESPN.com counted down a list of the greatest 150 players ever and released their final list on Wednesday. Michael Jordan came in at No. 1, while Kareem Abdul-Jabbar was picked as the second-greatest player of all-time.

Despite being just 31 years of age, James has played 13 seasons in the NBA and has accomplished a whole lot during that time—he’s been named a four-time MVP, has led the league in scoring once, has been named Finals MVP twice and has advanced to the NBA Finals on six occasions.

Here is what ESPN had to say about James living up to his expectations coming out of high school:

“So many of the overexposed teenagers in the preps-to-pros era squinted when the big spotlight arrived. Even the best needed more seasoning. Not James. His game was raw in areas, he was overwhelmed by the venom some of his peers had for him and maybe he pouted a little too easily, but oh did he impress. He has been worth not only the attention but the growing price of admission.”

There is little doubt that James’ top-three ranking will come with a lot of controversy. The Cleveland Cavaliers forward was ranked ahead of legends such as Magic Johnson, Larry Bird and Wilt Chamberlain.

Critics will argue that Chamberlain was the league’s greatest scorer, that Johnson was the NBA’s most versatile player and that Bird was the ultimate competitor.

While all of that may be true, there is no arguing James’ impact and resume—along with Jordan, they are the only two players in NBA history to have four different seasons of a PER rating of 30 or above.

Considering he has a few seasons left in him, James will have time to establish himself as not only a top three player of all-time, but perhaps the greatest ever.