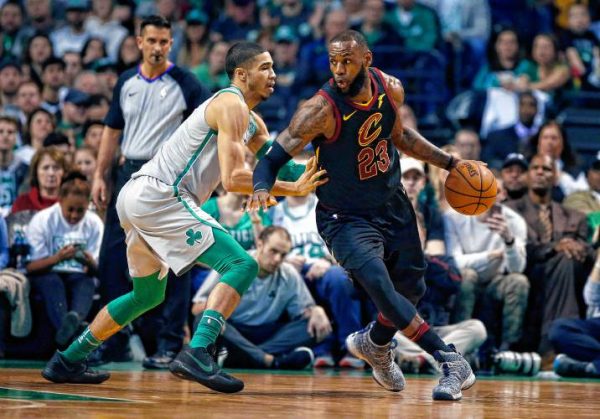 After the Boston Celtics clinched their second-round series in five games over the Philadelphia 76ers on Wednesday night, the official schedule for the Eastern Conference Finals between the Celtics and Cleveland Cavaliers was released by the NBA. The best-of-seven series will begin on Sunday afternoon, with tipoff for Game 1 set for just after 3:30 p.m.

The two teams also met in last year’s conference finals, with the Cavaliers winning in five games. Like last year, the Celtics entered with home-court advantage, though that edge quickly disappeared when the Cavs won the first two games at TD Garden. Boston bounced back to win Game 3, but a Cleveland comeback in Game 4 avoided a series deadlock. Two nights later, the Cavaliers then concluded the series by routing the Celtics on their home floor.

The Celtics have managed to reach the conference finals despite missing two key members of their starting lineup. Their key free-agent signing of the offseason, Gordon Hayward, was injured for the season in the opening game on Oct. 17 against the Cavaliers. Former Cavalier Kyrie Irving was then ruled out for the postseason last month due to injuries.

The Cavaliers are coming off a four-game sweep of the Toronto Raptors, with Bovada listing the Cavaliers as a 1-point favorite in that opening clash. For the series, Cleveland is a heavy favorite at -275, meaning that those wagering on the Cavaliers have to put up $275 in order to win $100.

With only Game 1 scheduled to be broadcast on ABC, those looking for streaming options for the ESPN broadcasts can obtain them via Reddit.

Should the Cavaliers reach the NBA Finals for the fourth year in a row, they would face the winner of the Golden State-Houston series, which gets underway Monday night on the Rockets’ home floor. Cavs veteran forward LeBron James is also looking to make the finals for the eighth year in a row.