Should the Cleveland Cavaliers Bring Back J.R. Smith? 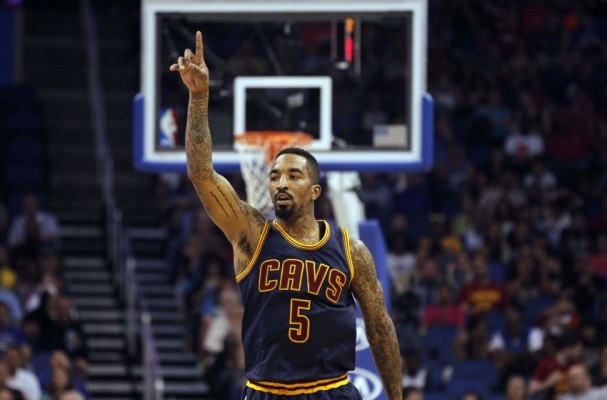 Amid speculation that the Cleveland Cavaliers are targeting a trade for shooting guard/small forward Joe Johnson, the team still has the possibility of bringing back enigmatic swingman J.R. Smith to the squad.

Smith, who opted out of the final year of his $6.4 million contract, has expressed an interest in returning to Cleveland under a multi-year deal. According to Steve Kyler of Basketball Insiders, the Cavs share that interest and intend to extend an offer to Smith once more pressing issues are addressed, such as finalizing deals with Tristan Thompson and LeBron James.

As for JR Smith, was told he would be back on a better deal. Cavs have other deals to finish first. https://t.co/48DxO9FQDS

While many view the pursuit of Johnson as a clear sign that Smith’s days in Cleveland have passed, there are many reasons as to why Smith should be retained regardless of whether a trade for the Brooklyn veteran occurs.

Moving towards the future, age needs to be a primary factor in building the Cavs roster. This lesson was learned recently in the NBA Finals, when Cleveland simply could not rely on the likes of Shawn Marion, Mike Miller, Kendrick Perkins or Brendan Haywood to provide valuable minutes off the bench.

The addition of a player such as Joe Johnson could bolster the Cavs backcourt. However, at 34 years old, it is a legitimate fear that he will not be the player he was in previous years. While not the youngest of options, the 29-year-old Smith could be a player that grows with the current nucleus of 30 and under players on the team.

In addition, the transformation Smith made after being traded from the New York Knicks cannot be discounted. Long considered a malcontent in New York, Smith responded immediately to the leadership of James. While Smith has lost focus in the past playing on struggling teams, finding a role on a contender has proven to revitalize his love of the game.

On a team with players such as James and Kyrie Irving slashing to the basket, spot-up shooters are a premium for the Cavs. Not surprisingly, Smith saw an increase in his three-point field goal percentage post-trade. With the Knicks, Smith shot 35% from beyond the arc, while in Cleveland this number rose to 39%. While this may not seem significant, the fact that his attempts also rose from 3.8 in New York to 7.3 in Cleveland shows that Smith is a strong fit within the system. 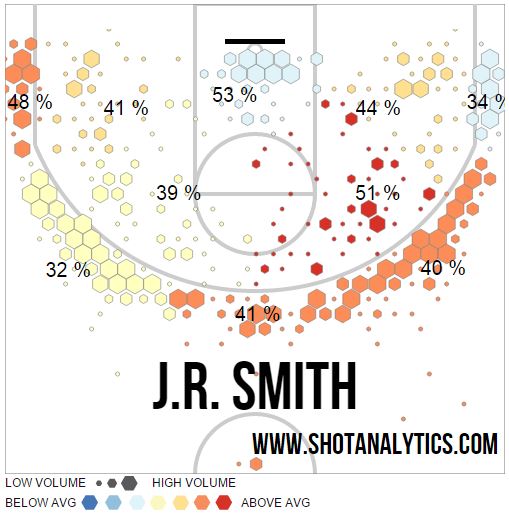 Smith’s role in the Cavs phenomenal post-trade run with everybody healthy could be the biggest reason in retaining the former Sixth Man of the Year. As reported by Chris Fedor of the Northeast Ohio Media Group, the 33-3 record posted by the Cavaliers post-trade could be reason enough to stick with the extremely potent lineup. The Cavs simply are not the same without the fearlessness, athleticism and long distance threat provided by Smith.