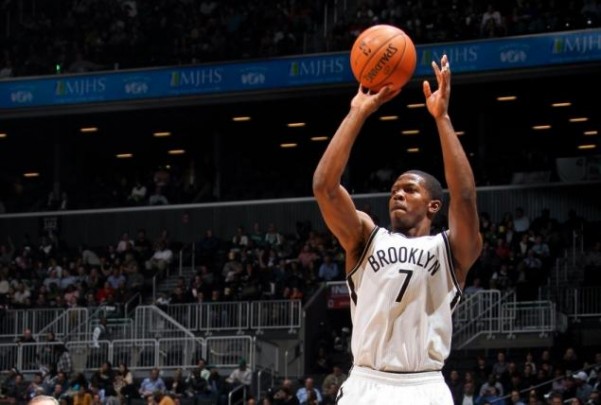 What appears to be the latest attempt by the Cleveland Cavaliers to use the unique contract status of veteran center Brendan Haywood to their advantage is a rumor that the team is interested in trading for Brooklyn Nets guard Joe Johnson.

That rumor comes from Brian Windhorst of ESPN, who has indicated that in order to accommodate taking on a much larger salary (Johnson will make $24.89 million for the 2015-16 season), the Cavaliers could also possibly consider adding veteran center Anderson Varejao to the deal.

Haywood has a non-guaranteed contract for next season that would pay him $10.5 million. However, the Nets would be able to reduce their payroll by that amount if they waive him by August 1.

Varejao will make $9.6 million this coming year, but is coming off a torn Achilles, and has had injury problems over the past few seasons.

Windhorst also speculates that the possible push to trade Varejao may be related to the the Cavs’ pursuit of David West.