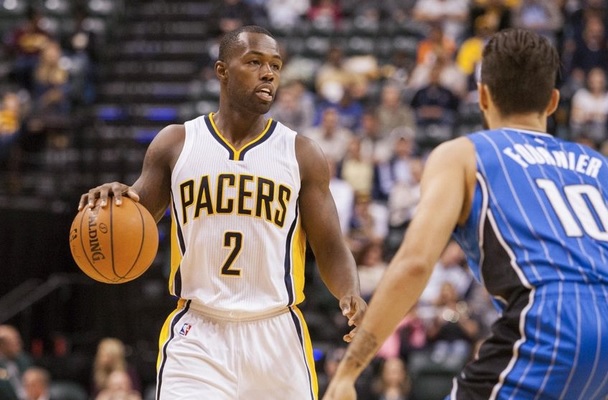 In the quest to bolster the team’s bench, the Cleveland Cavaliers are rumored to now be looking at free agent guard Rodney Stuckey, who played this past year with the Indiana Pacers.

That news comes via a tweet from Cleveland Plain Dealer beat reporter Chris Haynes, who cites league sources for his information. Haynes states that the interest right now is exploratory but that each side has interest in a potential deal.

The 29-year-old Stuckey, who can play in both guard slots, averaged 12.6 points and 3.1 assists in 26.4 minutes for the Pacers last year. Prior to that, he spent his first seven years in the league with the Detroit Pistons, averaging 13.4 points and 3.9 assists.

However, the relationship between Stuckey and the Pistons deteriorated enough that after signing with the Pacers at the veteran’s minimum salary of $1.227 million, he accused unnamed Pistons of bad-mouthing him to team management. That led to him having to accept a much-lower Indiana offer to play during the 2014-15 campaign. Stuckey was coming off a three-year deal that had paid him $25.5 million over the previous three seasons.

Stuckey would obviously be looking for a salary increase, but any amount should be amenable to the Cavs, considering they have invested hundreds of millions of dollars to re-sign players on Wednesday.