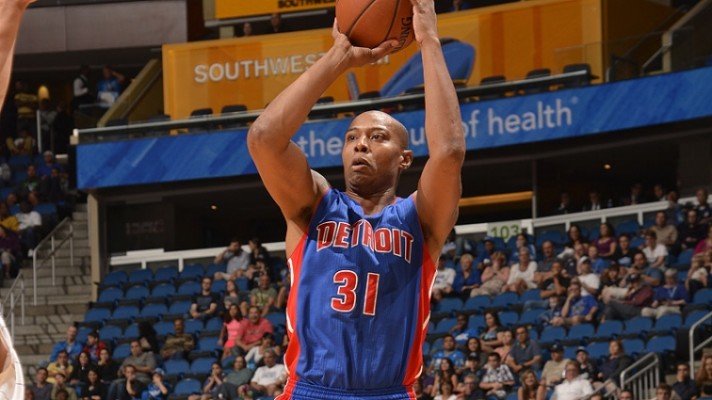 In the midst of a flurry of moves and deals being made on the first official day of free agency, ESPN’s Ramona Shelburne has tweeted that the Cleveland Cavaliers have been in constant contact with free agent Caron Butler, who was released yesterday by his most recent team, the Milwaukee Bucks.

Small nugget, but heard Cleveland has been in constant contact with Caron Butler. Nothing imminent tho

The 35-year-old Butler played with the Detroit Pistons last year, but was dealt to the Bucks on June 11, along with Shawne Williams, in exchange for Ersan Ilyasova. Butler can play both the small forward and shooting guard positions. Prior to last season, he signed a two-year, $9 million deal with the Pistons, but the next season’s contract wasn’t guaranteed.

Butler averaged 5.9 points and 2.5 rebounds per game with Detroit during his 13th season in the NBA, seeing action in 78 games and starting 21 of those contests. The Pistons were the eighth different team that he’s played for, with his most prominent play coming with the Washington Wizards from 2005-10. The best two seasons for Butler took place between 2007-09, when he averaged 20.3 and 20.8 points, respectively during those two campaigns.

Butler could conceivably fill the hole left by the retirement of Shawn Marion, though the Cavaliers are hoping that he’d able to contribute more than Marion.