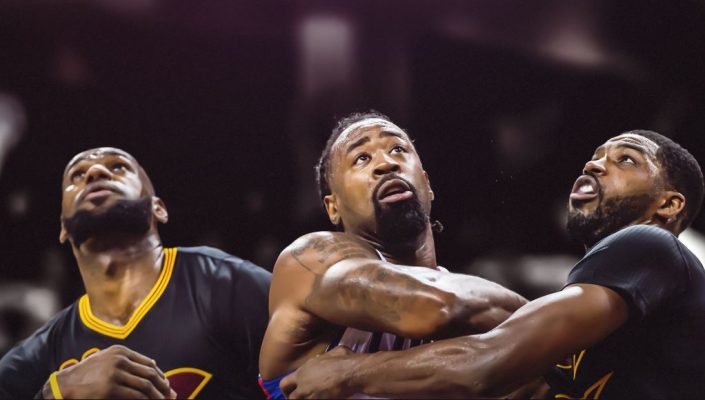 In his 15th NBA season, Cleveland Cavaliers forward LeBron James had a huge regular season and has built upon that with consistently strong performances during the postseason. That high level of play has caught the attention of Los Angeles Clippers center DeAndre Jordan, who offered his opinion of what James is accomplishing.

“Yeah he’s amazing man. Just to be in your 15th year and still getting better…I feel like in any sport, either you’ve reached your pinnacle, skill-wise and athletically, already but I feel like we’ve seen that from him, and then we’ve seen even more,” Jordan said. “He’s definitely a freak of nature and one of the greatest basketball players we’ve all ever been able to see on TV or live. We should definitely be taking this in, what we’re seeing. He’s great. I don’t expect anything less from a guy like that.”

In 15 playoff games this year, prior to Wednesday night’s Game 5, James has broken the 40-point barrier six times. The most recent instance came on Monday night, when James’ 44 points helped the Cavaliers even their Eastern Conference finals series against the Boston Celtics at two games apiece.

Those six games of 40-plus points by James match the most in a single NBA postseason since Allen Iverson did it in 2001. James has the chance to tie Michael Jordan‘s 1989 effort in the category if he again scores 40 or more, with two more putting him in a dead heat with Jerry West, whose collection of eight in 1965 is the current record.

Jordan was rumored for more than two months to be a candidate for a trade from the Clippers to the Cavaliers. That deal was never consummated, with both Jordan and James expected to be free agents in July. That prospect could conceivably make them candidates to play together, though the steep contracts they’ll be signing may make that problematic.