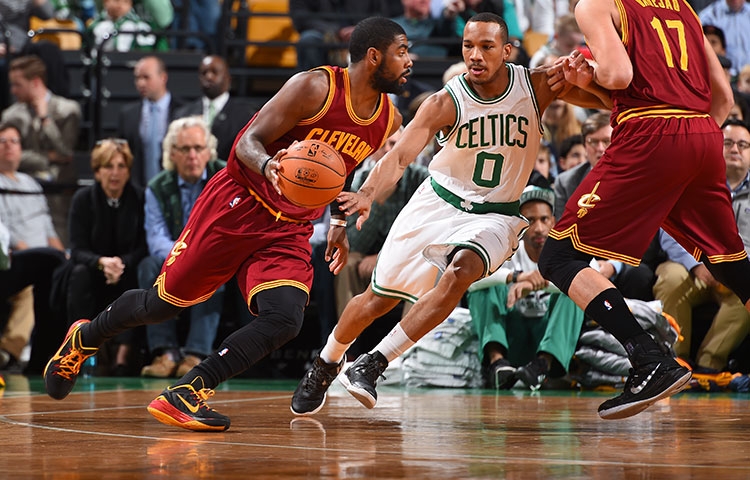 (Boston, MA) — LeBron James and the Cleveland Cavaliers (3-3) will look for their first three-game win streak tonight on the road as they take on Rajon Rondo and the Boston Celtics (3-4).

The Cavs enjoyed their most complete game of the young season Monday night by scoring 118 points to beat the New Orleans Hornets. James and Kyrie Irving went for 32 points apiece, with LeBron nearly recording his first triple-double of the year.

“I thought we played with a slow pace in the first half,” commented LeBron after the Cavs win. “So I made a conscious effort to kinda pick up the pace and see where it takes us.”

The Celtics are coming off a 15 point home-loss to the injury-ridden Oklahoma City Thunder. Rondo, who because of various injuries hasn’t played more than 53 games since 2010, is starting to reclaim his position as one of the premiere point guards in basketball. Through six games the crafty ball handler is averaging 10.8 points, 11.3 assists and 8.2 rebounds per game.

It could be a high scoring affair between the former rivals. The Cavs and Celtics both rank near the bottom in terms of points allowed per game. Cleveland has struggled defending the three-point line and is allowing a discouraging 103 points per game. Boston is a touch worse, giving up 106.4 points per contest.

Cleveland’s inability to defend the three has been an area of concern for the Cavs from a defensive standpoint. The Wine and Gold are giving up 9.5 made threes a game, third worst in the NBA.

Cleveland, however, is the NBA’s best free throw shooting team. To this point the Cavs are converting on their opportunities with an average of 82.4 percent. The driving prowess of Irving and James meshed with Kevin Love’s knack to muscle his way inside has kept opposing defenses on their heels, and has ultimately led to more shots for the Cavs from the stripe.

It will be a homecoming of some sorts for Cavs coach David Blatt. Blatt grew up in Framingham, Massachusetts, a short 30 minute drive from Boston.

“I lived in the Boston area until I graduated from college, and then I left. That was 33 years ago,” Blatt told reporters after practice Thursday. “A lot of fond memories of the area, of the people, and the NBA game that I grew to love through following the Celtics.”

As a franchise, Cleveland is just 22-72 while playing the Celtics on the road. Playing any team in their building is a challenge, and Boston fans are notoriously adamant in their affection for their sports teams.

Blatt’s main concern Friday night will be finding a way to get the Cavs to continuously maximize the potential of their star-studded, yet under-performing, basketball team. Cleveland has begun to show flashes of what they could be, from an offensive standpoint. In their last two games, James and company have averaged 114 points and 25.5 assists, both well over their season norms.

Beating lesser opponents and stringing wins together will be the next phase for Cleveland if they truly anticipate making a championship run. For LeBron and the rest of the Cavs, Boston is just the next stop on a long list.