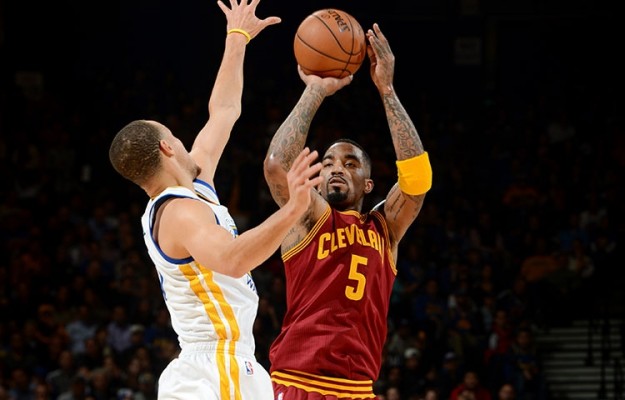 After having previously indicated that he would likely opt out of his 2015-16 contract for $6.4 million with the Cleveland Cavaliers, veteran guard J.R. Smith did just that on Wednesday, according to a tweet from Shams Charania of RealGM.com, though the move could conceivably backfire on Smith.

Cavs’ J.R. Smith has opted out of $6 million-plus deal for 2015-16 to become a free agent, sources tell RealGM. Mutual interest in return.

After the Cavaliers’ season-ending loss to the Golden State Warriors in Game 6 of the NBA Finals on June 16, Smith indicated that he would “probably” opt out. However, he made sure to indicate that he “absolutely” plans on returning to the team next season.

While the Cavaliers are expected to re-sign Smith, it’s not a guaranteed thing. That’s because the team’s already-heavy payroll would add additional cash for a player who slumped badly during the Finals and will be 30 years old at the start of next season. In those six Finals contests, Smith shot 24-77 from the field and 15-51 from beyond the three-point line.

Should the Cavaliers determine that Smith is asking for too much money, they can look elsewhere, with the most intriguing option being LeBron James’ former teammate Dwyane Wade, who could be leaving the Miami Heat. However, the problem with Wade is that he’s reportedly asking the Heat to double his $10 million salary.

Still, even if the pursuit of Wade comes up short, other shooting guards to replace Smith will be available.