Did LeBron James Take a Jab at Kyrie Irving While Praising Isaiah Thomas? 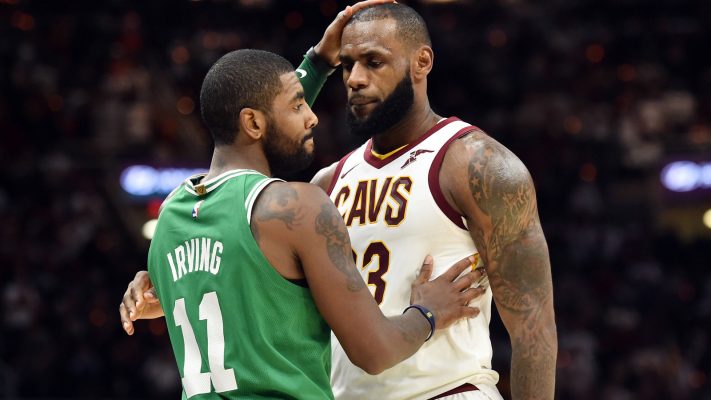 The slow start by the Cleveland Cavaliers already has critics of the team stating their run of three consecutive trips to the NBA Finals will end this year. However, LeBron James seems prepared to make those critics eat those words, with his key role in the Cavaliers’ huge Monday night comeback against the New York Knicks evidence of his continued motivation.

Howard Beck of B/R Mag looked at the struggles facing James and the Cavaliers, which largely stem from the early-season injuries that have hit Derrick Rose and Tristan Thompson and the extended rehabilitation of newcomer Isaiah Thomas.

“It’s been a while since I’ve had that clear-cut guy who can get guys involved but also score at the same time,” James said. “But it’s fine. It’s something that our team will make an adjustment to.

“I look forward to when IT (Thomas) returns, whenever that happens, to give me a break here and there, where I know he can run the offense and control a quarter or two, or a game if need be.”

James’ remarks could likely be seen as a jab at his former teammate, Kyrie Irving, who was dealt to Boston in exchange for Thomas, Jae Crowder and a first-round draft pick next June.

Still, Thomas realizes that his current status is an obvious reason why the Cavs have struggled.

“You lost somebody that was a really big piece of the success here,” Thomas says of Irving, “and then you get [me], but I’m not able to play and fill that void, so it’s tough.”

“I’m a student of the game, so I know everywhere I can help, man. I can help, first off with my aggressiveness and my scoring ability. But just putting pressure on the defense every time down. Being able to get in the paint and make the defense pick and choose what they want to stop. Being able to get to the free-throw line. Little things like that that I see nobody’s really doing but Bron.”

Thomas is likely to be out until early January and will then need some time to establish chemistry with his new teammates.

“We won’t know how good we’re really gonna be, or who we’re gonna be, until everybody is fully healthy,” Thomas said.

Confidence in what lies ahead allows Thomas to continue focusing on the positive.

“Nobody thought it would be a struggle like this,” Thomas said, before adding, “It can’t storm forever. At some point, it’s gonna click. And then when it does, we’ll be a really good team.”

James is equally focused on the long-range scope of this season, instead of just the current snapshot that exists.

In addition, any ideas that James is distracted by his pending free agency next July were dispelled by a comment he made after Saturday night’s victory over the Dallas Mavericks.

The Cavaliers will look to win their third straight game on Wednesday night when they complete a four-game road trip with a game against the Charlotte Hornets. A victory there would give the Cavs their largest winning streak of the season.