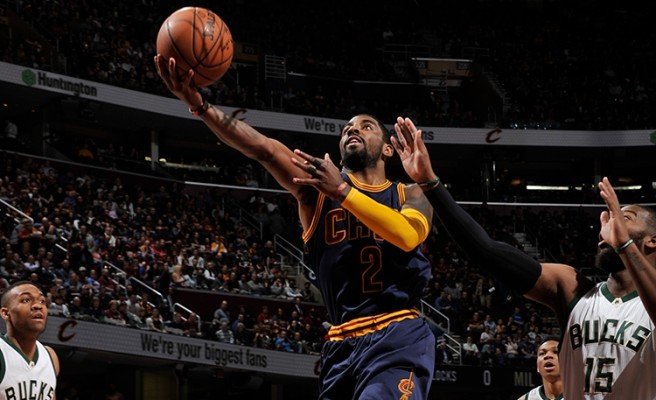 According to Chris Hayes of Cleveland.com, Cleveland Cavaliers point guard Kyrie Irving will play in the team’s road game against the Milwaukee Bucks on Tuesday night.

Haynes indicated that Irving was seen taking jumpers before the team’s shootaround this morning. Irving appeared to have no limp, which increased the chances of him playing against the Bucks.

Irving missed Sunday’s 112-103 victory over the Charlotte Hornets due to a sprained right ankle. It was Irving’s first injury-related absence since he returned to play from a fractured kneecap back on December 20. Two of the other three missed games were an effort by former head coach David Blatt to ease him back into the lineup, while the other came on March 26 in a road game against the New York Knicks. In that contest, head coach Tyronn Lue simply sought to give Irving some rest.

The Cavaliers’ magic number to clinch the top seed in the Eastern Conference is currently three with five games to play. They also play on Wednesday night in Indiana.