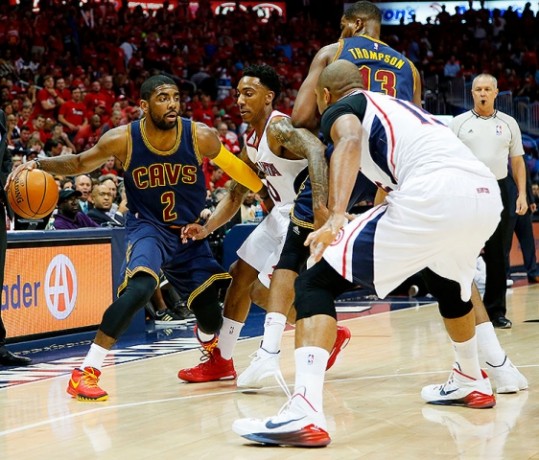 After battling a plethora of injuries throughout the playoffs and, at times, during the regular season, Cleveland Cavaliers All-Star point guard Kyrie Irving is currently listed as probable with an aggravated left knee injury for Friday night’s Game 2 showdown against the Atlanta Hawks.

According to Dave McMenamin of ESPN, the Duke University product is prepared to toughen out the pain and give it a go for Game 2 in Atlanta. Irving’s toughness is something to admire, as he has not missed a single game in his first playoff run.

Kyrie Irving said he tweaked his L knee on a drive late in the 3rd Q. Will he play Game 2? “I’m pretty confident I’ll go for Game 2”

Irving, who managed to play 27 minutes in the Cavs’ 97-89 road victory in Game 1 over the Hawks, finished with 10 points, six assists and three rebounds.

More news on Irving’s status will be announced as soon as made available.