Cavs Rumors: Cleveland Cavaliers Have 2 Free Agents on Their Radar 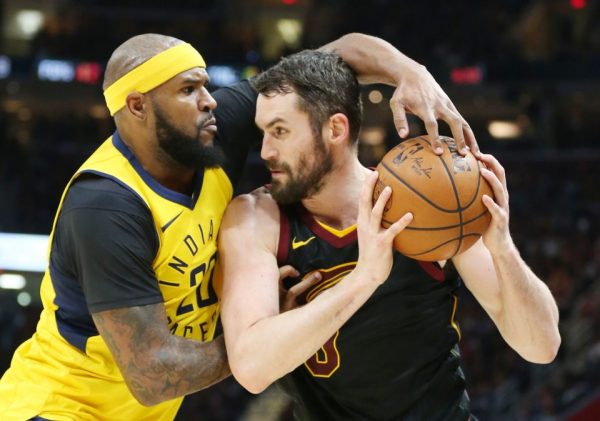 The fervor over NBA free agents has largely subsided after three weeks, with the key deals having already been made. The Cleveland Cavaliers are still looking over those veteran players still available and are apparently considering two players in particular in their effort to rebuild the franchise.

Joe Vardon of Cleveland.com indicated that the Cavaliers have some increased flexibility in making such deals after losing LeBron James and the $36 million he will be earning season. Right now, discussions are reportedly taking place with the representatives of at least two players:

“League sources told cleveland.com that 3-point shooter Luke Babbitt and bruiser Trevor Booker are among the free agents the Cavs are speaking to, though no deal with either player was imminent.”

The fact that the Cavs are currently under what’s known as the “apron” allows for such consideration. The term means that additional money can be used in free agency, even for teams like the Cavaliers, that are over the salary cap.

“The Cavs’ payroll is currently at about $109.5 million and there are three spots to fill,” Vardon wrote. “The NBA’s salary cap is $101.9 million, but the tax apron is about $129.8 million. As of now, Cleveland has two salary cap exceptions it can use to add players — the full mid-level exception ($8.6 million this season or $37 million over four years) and the bi-annual exception ($3.3 million or $7 million over two years).”

The Cavaliers also have a $5.8 trade exception that was part of the Kyrie Irving deal last year, though Vardon indicated that the clock is ticking on that particular exception:

“Cleveland has until Aug. 22 to accept a player (or multiple players) from another team whose salary (or salaries) fit into the $5.8 million hole. Per league rules, that’s the only way a team can use a trade exception.”

The 29-year-old Babbitt and his long-range shooting could be seen as a replacement for Kyle Korver, if the Cavaliers end up trading the veteran. Babbitt averaged 5.2 points for the Miami Heat and Atlanta Hawks last season. Meanwhile, the 30-year-old Booker contributed 6.3 points and 4.7 points per game for the Indiana Pacers, and would offer an aggressive presence at forward.

The Cavaliers will be opening up training camp at the end of September.