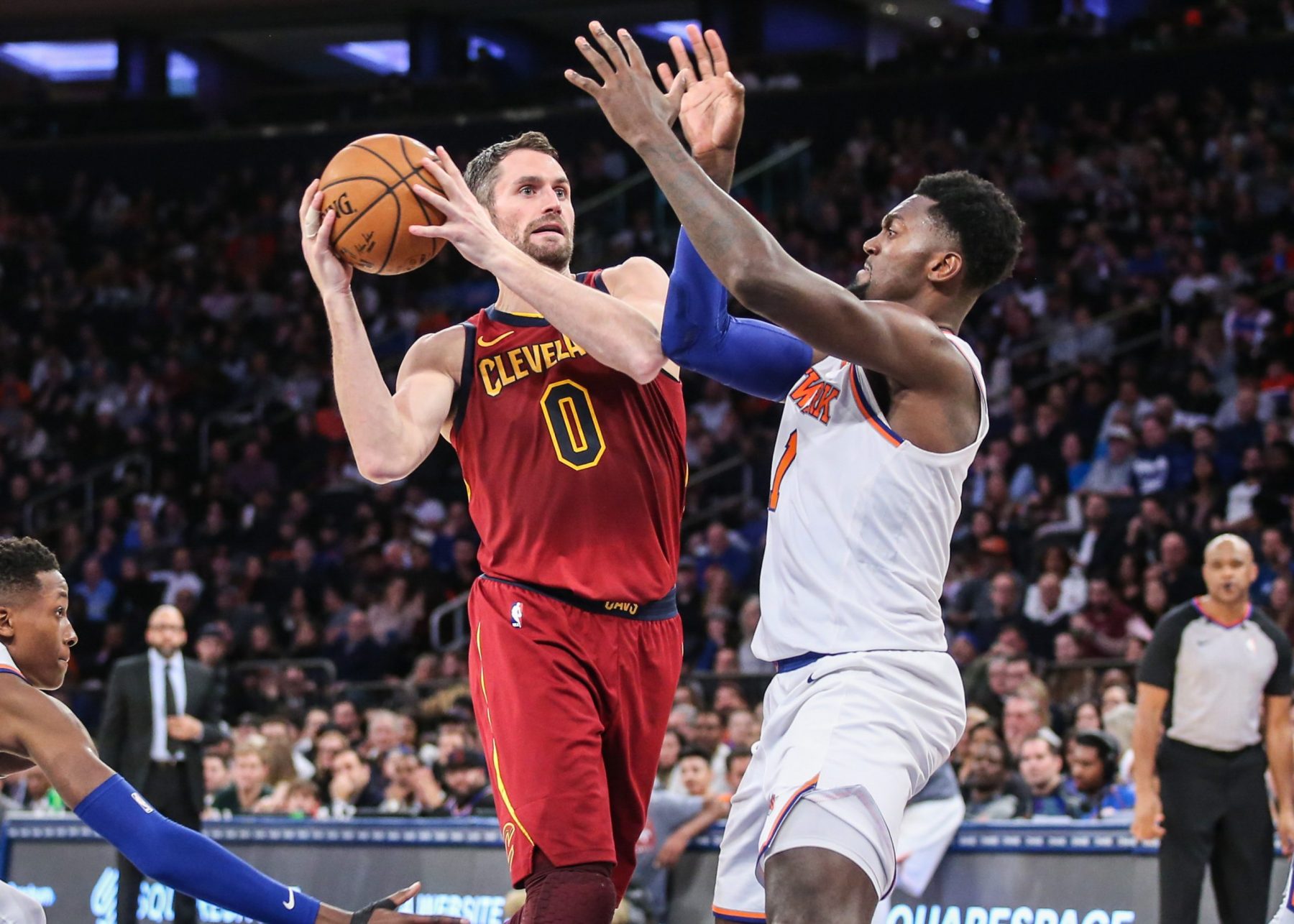 When the Cleveland Cavaliers got rolled by the New York Knicks, 123-105, at Madison Square Garden on Monday, star big man Kevin Love was unavailable to play.

Love has been dealing with some pain and tightness in his lower back, which he started feeling after the Cavs’ 114-95 loss to the Philadelphia 76ers on Sunday.

According to Chris Fedor of Cleveland.com, Love wanted to play in New York on Monday, but he “felt worse than anticipated” that morning.

As the team was playing the second half of a back-to-back set of games on the road, Cavs head coach John Beilein agreed with the star power forward sitting out.

“On a back-to-back, didn’t seem that was the right thing to do right now,” Beilein said about trying to have Love play Monday night.

After an injury-plagued 2018-19 season that saw Love miss 60 games, the contest at the Garden was the first that he’s missed so far this season.

It rendered Cleveland thin in the frontcourt, as it was already without Larry Nance Jr., who has an injured thumb, and rookie swingman Dylan Windler, who has a stress reaction in his leg.

Hopefully Love’s presence in Wednesday’s matchup yields a better result for the Wine and Gold.