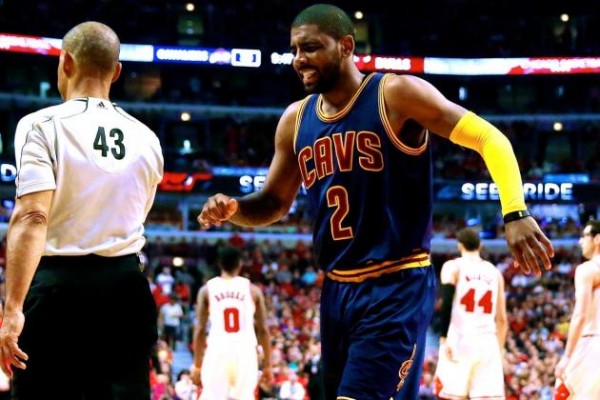 Cleveland Cavaliers point guard Kyrie Irving remains a game-time decision for Game 1 against the Atlanta Hawks after Irving appeared to re-injure his knee in the second quarter of Game 6 of the Eastern Conference semifinals against the Chicago Bulls.

Irving sat out of team practice on Saturday to receive rest and to receive treatment on his sore left knee and right foot strain.

“He’s going through a lot of treatment, and we’re monitoring and just hoping that he progresses from here until game time,” said Head Coach David Blatt.

When asked if Irving will be able to go on Wednesday, Blatt replied, “For sure? No. But we hope so.”

The Cavs have four full days of rest before going up against a top-seeded Hawks team on Wednesday night at Philips Arena, so hopefully, the 23-year-old point guard will be ready to go by then.