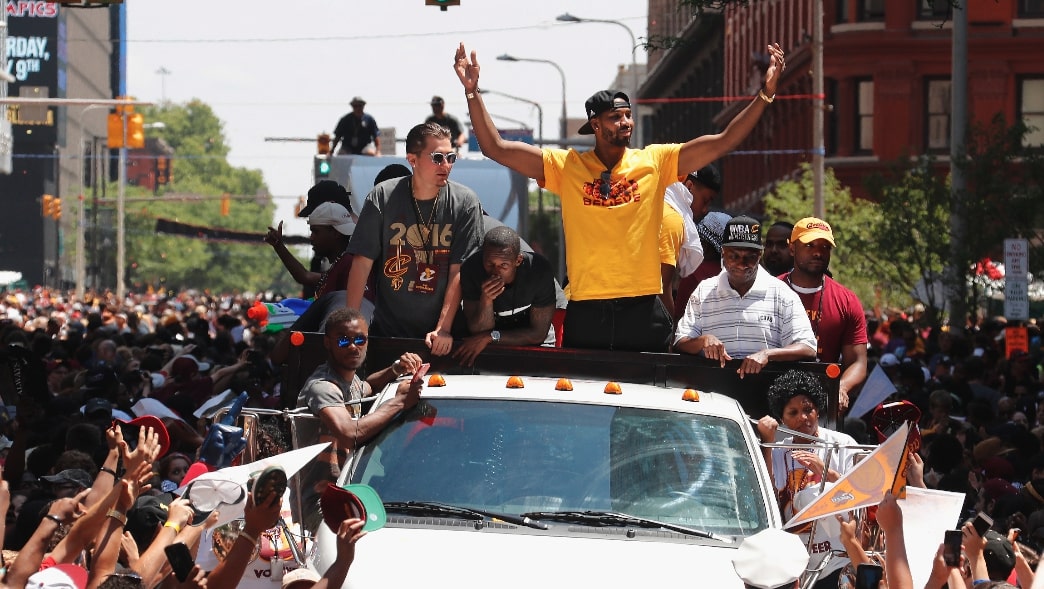 Cleveland Cavaliers center Tristan Thompson has spent his entire eight-year NBA career in Cleveland, having gone through a dramatic range of highs and lows during that time.

As he gets set to begin his ninth and possibly final year with the Cavs, Thompson took time on social media to recognize the city’s fans as the best.

Cleveland really has the best sports fans, whether its for the @cavs @Browns @Indians , the support and loyalty is unmatched

While Thompson didn’t specify whether that support stops at the American borders or extends across the globe, the native Canadian is clearly enamored with the amount of support offered in Cleveland. He’s been part of the love directed toward the Cavaliers, but has also been witness to the enthusiasm shown to the MLB’s Cleveland Indians and NFL’s Cleveland Browns.

In the case of the Indians, the team failed to be a serious contender from 1960 to 1995. Meanwhile, the Browns haven’t been champions since 1964 and have yet to play in a Super Bowl. The city’s fans also had the indignity of watching the Browns moved to Baltimore by former owner Art Modell in 1995. Upon their return in 1999, the misery of two decades of inept play has only recently been replaced by a new sense of hope.

Thompson arrived in Cleveland in 2011 with the team undergoing a massive rebuilding project, and currently finds himself in a similar situation. In between, he was part of four straight trips to the NBA Finals, with the 2016 trip ending with Cleveland’s first major sports title in 52 years.

The emotions of that long wait were clear when the Cavs held their victory parade, with more than one million people flooding the streets of downtown Cleveland to shower Thompson and his teammates with years of pent-up emotion.

More cynical fans will most likely see Thompson’s praising of the fans as a way to build support during potential contract negotiations, considering he’s in the final year of his contract. The Cavaliers seem unlikely to offer him a similar deal before he becomes a free agent next July, a situation that may result in the veteran being dealt before the February trade deadline.

That situation is out of Thompson’s hands, which means that he’ll simply focus on staying healthy throughout the 2019-20 season.

The Cavaliers’ training camp gets underway in the next few weeks.