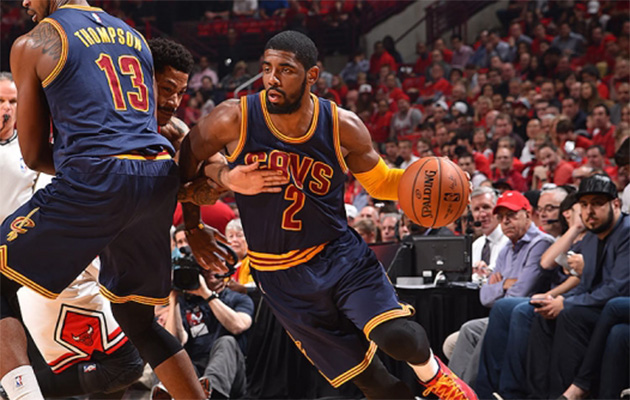 In what turned out to be one of Kyrie Irving’s poorest performances thus far in the postseason as he recorded just 11 points on 3-13 shooting and 0 assists, Head Coach David Blatt and Irving revealed in Friday’s press conference that the point guard has been playing hurt since Game 2 of the Boston series.

Kyrie Irving says he hurt his foot in Game 2 of the Boston series and has been playing on it ever since.

David Blatt: “Look, we’re not talking about it, but Kyrie has been playing hurt”

Irving may have aggravated the injury during Friday night’s Game 3 loss to the Chicago Bulls, however, there’s no question that Irving do everything in his power to suit up for Game 4 at the United Center.

“He’s playing his heart out, he’s playing hurt and he’s giving us all he has,” Blatt said. “And I’m proud of him.”