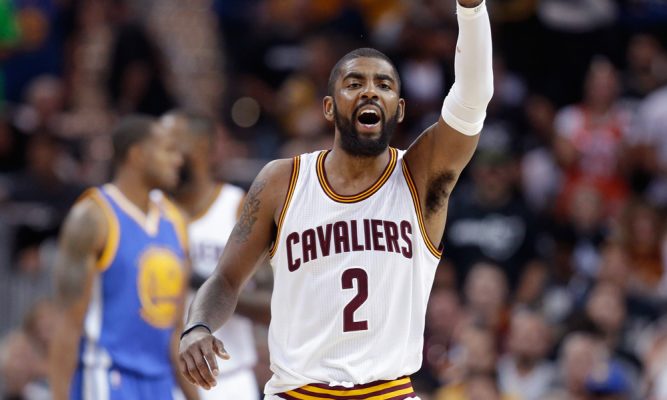 Now that both Kyrie Irving‘s and LeBron James‘ careers with the Cleveland Cavaliers have seemingly come to an end, it is interesting to imagine how things could have gone differently.

One of the biggest what-if questions revolve around how Irving’s time in Cleveland could have changed had James never decided to return to the Cavs in the summer of 2014.

According to a recent interview that former Cavs general manager David Griffin had with the local radio show “Cleveland’s Talking Heads,” Irving was attempting to build his very own super team in Cleveland. That is, until James decided to return to Northeast Ohio.

As some fans pointed out, even though Gordon Hayward was committed to the Cavs according to Griffin, he was a restricted free agent that summer and any offer the Cavs came up with would have likely been matched by his team at the time. Despite that, it is compelling to see that Irving really was committed to building a team around himself in Cleveland before James arrived.

In the end, none of this changes the reality of the situation, which is that the Cavs have unfortunately lost two of the NBA’s most talented players in consecutive summers.

The Cavs enjoyed incredible success with both Irving and James and would have likely never won the 2016 NBA Finals without them. Still, with both players now sporting different uniforms, it’s hard not to imagine what might have been if things had gone differently.