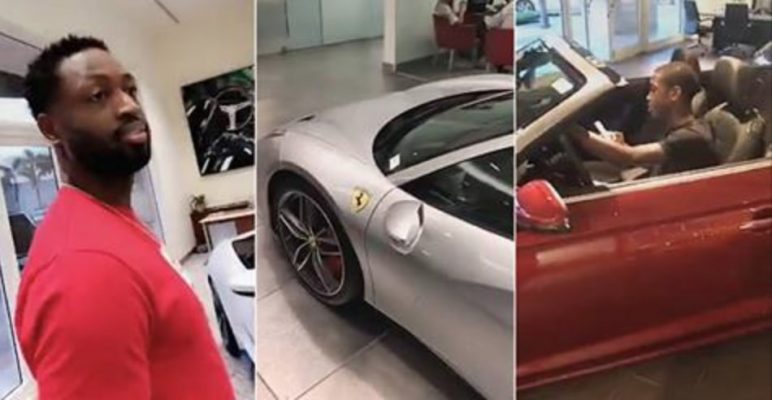 With the 2017-18 NBA regular season about to begin on Tuesday, Cleveland Cavaliers star guard Dwyane Wade and his 15-year-old son Zaire both took to their Snapchat accounts over the weekend and posted videos of themselves car shopping.

“Boy, you look like you’ve got some money,” Dwyane Wade said with a laugh while Zaire sat in the Audi Q5.

Towards the end of the video, as Zaire Wade gushed over a Ferrari and said how much he’d like one, Dwyane Wade gave his son a simple answer.

“Nope,” Dwyane Wade said in response to Zaire Wade. “Ya’ll remember this Snapchat. One day, Zaire’s going to buy me a Ferrari.”

It looks like Zaire’s dreams of owning a supercar will have to be put on hold for now, but at least he can say that he was able to test drive his father’s Ferrari back in August.