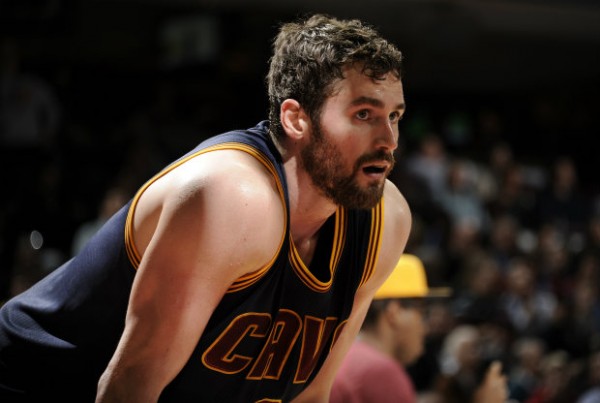 The seemingly never-ending speculation about Kevin Love’s future as a member of the Cleveland Cavaliers added another twist when a national basketball writer said that there was “a legitimate fear” in the Cleveland front office, “that he’ll just walk,” when free agency arrives.

During an appearance on Dan Patrick’s podcast, Yahoo! Sports basketball writer Adrian Wojnarowski was first asked if Love had played his last game for the Cavs. Wojnarowski responded by saying that Love, “all year long, has looked longingly at free agency and what else is out there.”

Wojnarowski then said that the Cavaliers were hoping that a long playoff run would solidify Love’s desire to stay with the team. Instead, because of the season-ending injury, Love will only have the regular season on which to base his decision.

That regular season performance has been the cause of much speculation, since Love has sat out a number of tight games in the fourth quarter. In addition, his point production has dropped as he has attempted to fit into his role as one of the Cavs’ “Big Three” alongside LeBron James and Kyrie Irving.

The conflict that comes with assessing such information is that Love has repeatedly said that he’ll be re-signing with the team. While he could conceivably leave after this season, his injury will likely affect any offers he receives. In addition, after next season, the salary cap will take a huge jump, which will allow for teams to offer him even more money.

However, as opposed to many of the stories dealing with Love’s status for next year which have bordered on mere gossip, Wojnarowski has more credibility. In 2010, he was one of the first reporters to note that James would be leaving the Cavaliers to join the Miami Heat.

Still, much of the national media has played up the possibility of Love leaving all season, so this could be simply another case of attempting to gain headlines.