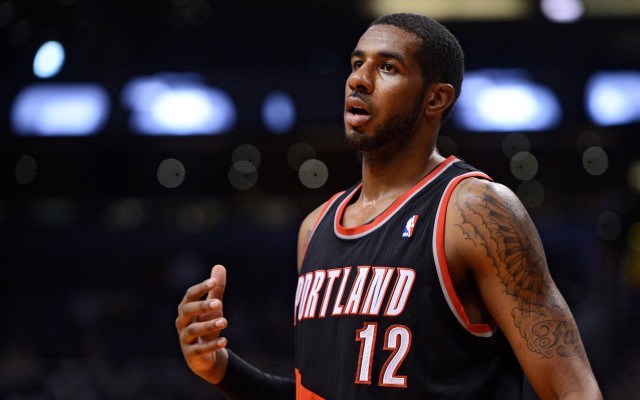 According to Marc Stein of ESPN, the Cleveland Cavaliers could be at the top of LaMarcus Aldridge’s wish list if Kevin Love decides to bolt from Ohio this offseason.

Love continues to say that he wishes to remain in Cleveland for the long term, however, if Love were to go against his season-long word, rumor has it that David Griffin has one hell of a Plan B.

“The line is long and growing amid the rising whispers in recent weeks that Aldridge is far more gettable than we’ve been led to believe for months. …

We’re hearing Aldridge connected to both [Dallas and San Antonio] so frequently that you can only conclude that neither idea scares him.

Yet sources insist — yes, at this early juncture — that San Antonio is near or at the top of Aldridge’s list … unless the Cleveland Cavaliers were to lose Kevin Love and then somehow manufacture a way to sign-and-trade for him.”

In other words, if Love were to sport a different uniform next season, the Cavaliers would be at the top of Aldridge’s wish list as a future suitor.

Unlike Love, the Cavs would be able to swing a sign-and-trade, which would mean the 29-year-old Aldridge would be in Cleveland for the next several seasons.

Although Aldridge would make considerably more money if he inks a long-term contract in Portland, the possibility of playing alongside LeBron James in Cleveland and contend for an NBA title cannot be replaced by a dollar amount.