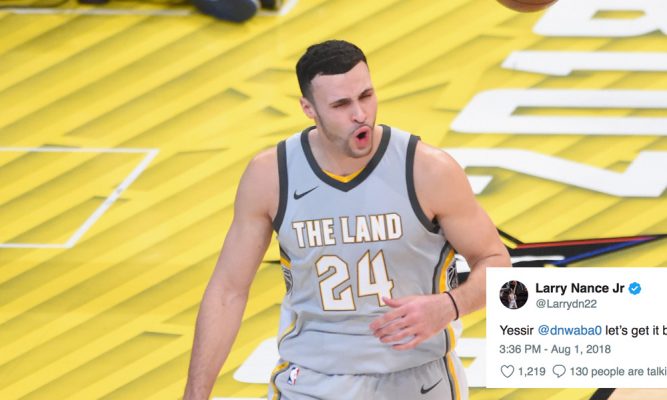 On Monday, the Cleveland Cavaliers made a minor offseason splash when they announced that they had come to terms with free agent guard David Nwaba.

Nance and Nwaba were teammates during Nwaba’s rookie year in Los Angeles. Following the 2016-17 season, Nwaba was claimed off of waivers by the Chicago Bulls. He went on to play in 70 games, including 21 starts, and averaged 7.9 points, 4.7 rebounds, and 1.3 assists per game.

If Nance’s excitement regarding the signing is of any indication, it seems fans can expect Nwaba to only improve his numbers during the 2018-19-season.