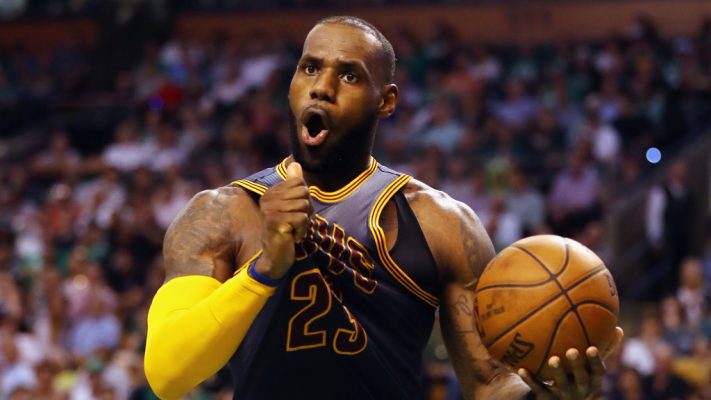 LeBron James is still considered to be, by most, the undisputed best basketball player in the world, evidenced by the fact that he’s been voted First Team All-NBA every year since 2008. While his play showed no signs of slowing down during 2016-17, which was yet another season of dominance from start to finish, one Boston reporter felt 2017 was the year to leave The King off of his First Team roster.

CSN New England’s Sherrod Blakely favored both Kevin Durant and Kawhi Leonard over the four-time NBA MVP on his ballot. In an attempt to defend his decision, Blakely took to Twitter.

“Could only vote for two forwards,” Blakely wrote. “I voted for Kawhi Leonard and Kevin Durant. Having to vote for a center sucks.

Hahaha too bad the NBA posted your idiocy; Durant over Lebron what a joke you are

While the reaction may seem a bit harsh, when considering the fact that James played in twelve more games than Durant and averaged 26.4 points, 8.6 rebounds, and 8.7 assists to Durant’s 25.1, 8.3, and 4.8, it seems clear that Blakely let his bias get in the way of his voting.