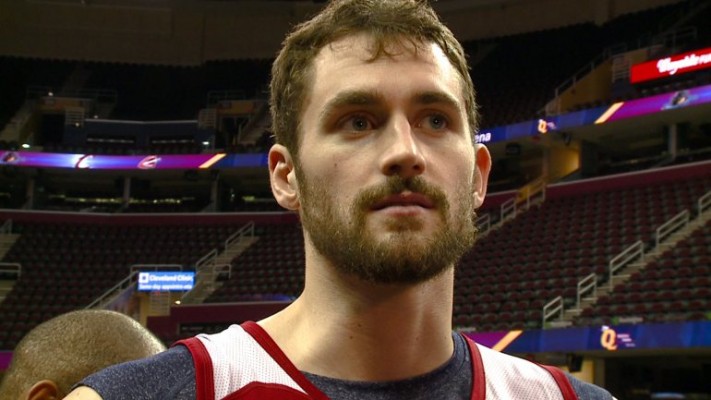 The status of Kevin Love for the remainder of the postseason took a sharp hit on Tuesday when Cleveland Cavaliers’ general manager David Griffin announced that the team is not expecting the power forward to return this season.

The report, from Tom Withers of the Associated Press, noted that Griffin said that it would be “a real surprise” if Love is able to resume playing, since he reportedly had “extensive” damage to his shoulder. In addition, a tweet from the Akron Beacon Journal’s Jason Lloyd says that surgery is an option.

On Monday, it was announced that Love would miss the Cavaliers’ upcoming series in the Eastern Conference semifinals against either the Chicago Bulls or Milwaukee Bucks, with the first game tentatively scheduled for next Monday.

Currently, the Bulls lead their series 3-2, but have dropped two straight contests and must face the Bucks in Milwaukee on Thursday.

Love injured his shoulder in Sunday’s clinching victory over the Boston Celtics when he and Boston forward Kelly Olynyk got their arms entangled while going for a loose ball. Olynyk appeared to twist Love’s arm to cause the injury, a charge that Olynyk denied. However, he has been suspended for one game at the start of next season.