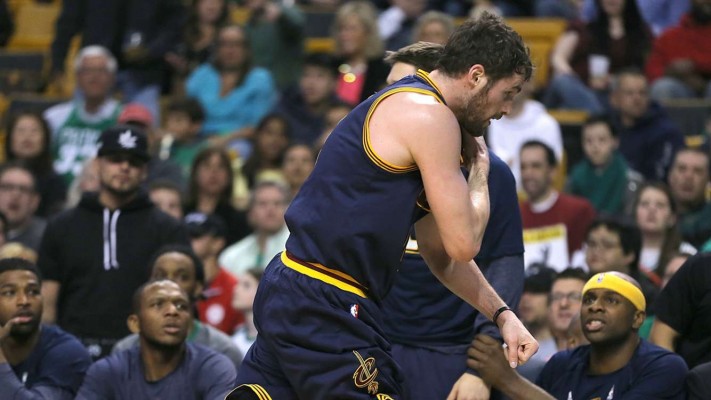 According to several sources including Cavs.com, power forward Kevin Love will miss the entire second round series against either the Chicago Bulls or Milwaukee Bucks.

The exact injury is said to be an acute anterior inferior glenohumeral dislocation with the corresponding ligament/labrum tearing and humeral head bone bruising.

In addition to being definitively out for the next series, Love could also miss additional time, which will be determined over the next several days. Stay tuned.