Cavaliers vs. Wizards Game Preview: The Road to Playoffs Resumes 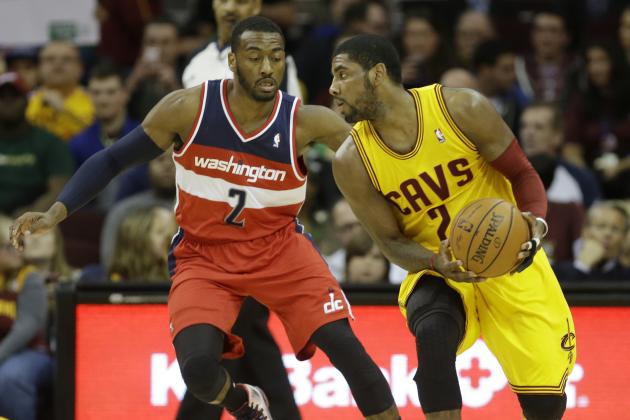 (Washington, D.C.) — The Cleveland Cavaliers (33-22) kick off the second half of the NBA season Friday night, as they face off against the Washington Wizards (33-21) at the Verizon Center.

The Eastern Conference playoff race is shaping up like a line at last call, and the Atlanta Hawks have been carving out their spot at the bar for ten minutes. The second seed is up in the air; the Cavaliers are surging; the Chicago Bulls are playing Jekyll and Hyde; and the Wizards and Toronto Raptors are trying to pick up the pieces after running aground with injuries.

At the opposite end of the Eastern Conference playoff race, the Miami Heat have reloaded with newly acquired guard Goran Dragic, while the Boston Celtics and the Detroit Pistons are fighting over table scraps. It’s going to be a hectic and exciting home stretch.

At the halfway point, the new Cavaliers have transitioned seamlessly, and the biggest problem (and biggest surprise) has been the lackluster play of Kevin Love. While some of Love’s inadequacies may be attributed to a nagging back injury, his struggles have confounded many experts who pegged the Cavs’ offense to be near unstoppable to begin the season.

On the Wizards front, the team has been struggling with lingering injuries to guard Bradley Beal and big man Nene Hilario. The Wizards’ momentum from the start of the season has sputtered, and the team will surely look to rebound in the second half of the season, and avoid the dreaded four-five seed playoff matchup.

Friday’s game against the Wizards will be a good mid-term report card for the Cavs, and the players are itching to get back to the court.

“I think it’s great because you get back to playing big time basketball,” J.R. Smith said after practice Thursday, “(the Wizards) are a team we could possibly see down the road. We’ve got to bring our game and knock the rust off early. “

It’s not going to get any easier for the Cavs who face a murderer’s row to begin the month of March against the Houston Rockets, Toronto Raptors, Atlanta Hawks, Phoenix Suns, Dallas Mavericks, and San Antonio Spurs over the course of two weeks. Coach David Blatt is preaching patience, and is hoping his team maintains their focus through their most difficult stretch of the season.

“We’ve got to think day to day and be ready to compete,” Blatt said after practice Thursday. “We’re playing quality opponents, and we are (spending) a good amount of time on the road. We’re going to have to be good every day. No let ups, and no let downs.”

Focus and consistency will be key for the Cavs in the coming weeks, and hopefully the All-Star Break has them primed for a strong finish. One storyline that hasn’t drawn enough attention this year has been the play of Kyrie Irving against elite guards. In recent games against tough competition, Kyrie and the Cavs defense have held strong:

John Wall is the central cog in the Washington machine, and if the Kyrie can limit him, the rest will follow suit. 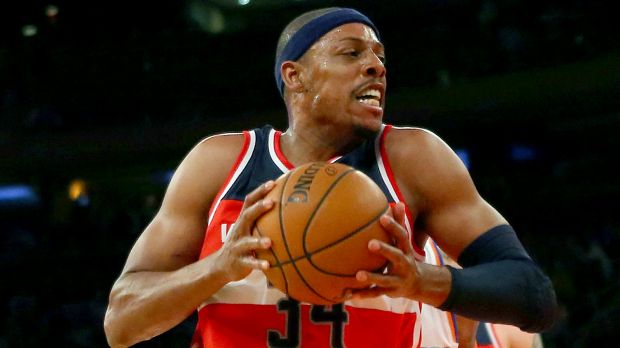 LeBron needs to spend this game teaching Paul Pierce that death is an inevitable part of life that comes for us all. Pierce is the Wizards’ biggest liability on defense, and the Cavs should remind them of this as frequently as possible. 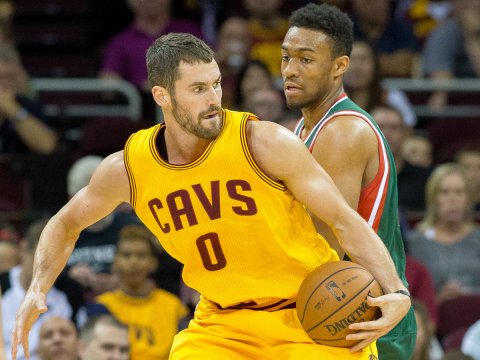 The front line of Nene and Marcin Gortat is a physical and skilled combo that has been a significant strength for the Wizards. However, since the Timofey Mozgov trade, the Cavs have found the strength and skill between Mozgov and Love to match the Washington tandem. Love should look to the paint early before spreading the Love from the three-point line to rip Washington’s interior defense to shreds.