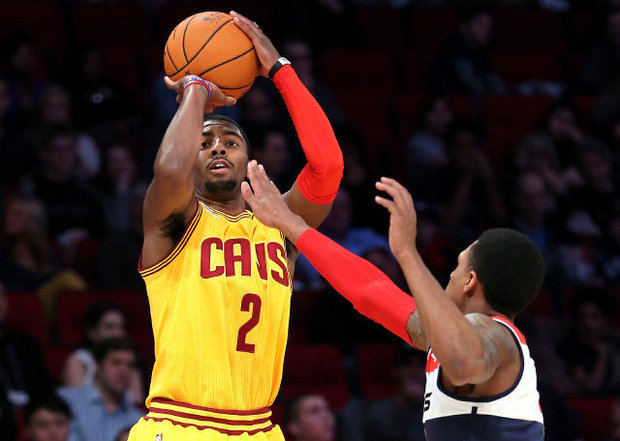 Looking to recapture the NBA Three-Point Contest title he first won two years ago, Kyrie Irving has been selected to compete in this year’s event, according to Chris Haynes of the Cleveland Plain Dealer, who quoted a league source.

The competition will take place on February 14 as part of the NBA All-Star Weekend. The following night, Irving will compete in his third All-Star Game, looking to continue the success from last year’s clash when he won Most Valuable Player accolades after he scored 31 points and 14 assists.

Last season, the San Antonio Spurs’ Marco Belinelli won the Three-Point competition, and is expected to defend his title. Others who figure to take part include Wesley Matthews of the Portland Trail Blazers, Klay Thompson and Stephen Curry of the Golden State Warriors, J.J. Redick of the Los Angeles Clippers and Kyle Korver of the Atlanta Hawks.

Irving has drained 97 threes this season entering Monday night’s game and is shooting 41 percent from long range. In his 55-point performance against Portland last week, he set a new Cavaliers record with 11 three-pointers, including a pair down the stretch.