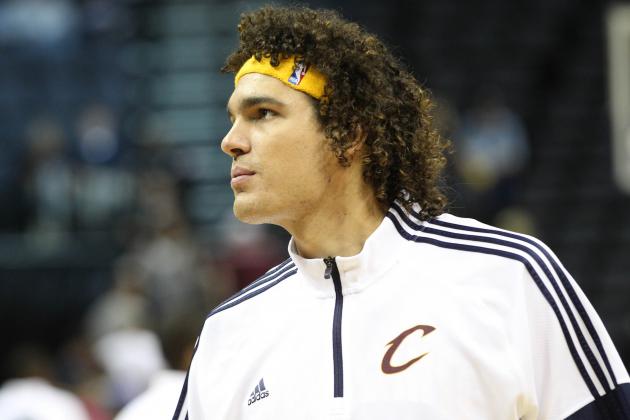 Cleveland Cavaliers center Anderson Varejao left Tuesday’s game against the Minnesota Timberwolves after taking a hard fall with 7:24 left in the third quarter.

Cavs’ Anderson Varejao has left foot/ankle injury. Will not return vs Wolves.

Varejao was unable to put any weight on his left leg as his teammates had to help carry him off the court. Sam Amico of Fox Sports also reported that Varejao left the locker room wearing crutches and further evaluation will be done tomorrow.

The most recent and quite possibly most devastating news up until now however, has been reported by Brian Windhorst and Marc Stein of ESPN, who have stated,

“Initial tests weren’t able to determine the severity of the injury and Varejao was forced to leave the arena on crutches, with league sources telling ESPN.com that the Cavs fear one potential outcome is a torn Achilles.”

We will keep you updated on the status of Varejao’s injury as he awaits for the swelling to go down before being evaluated again on Wednesday.