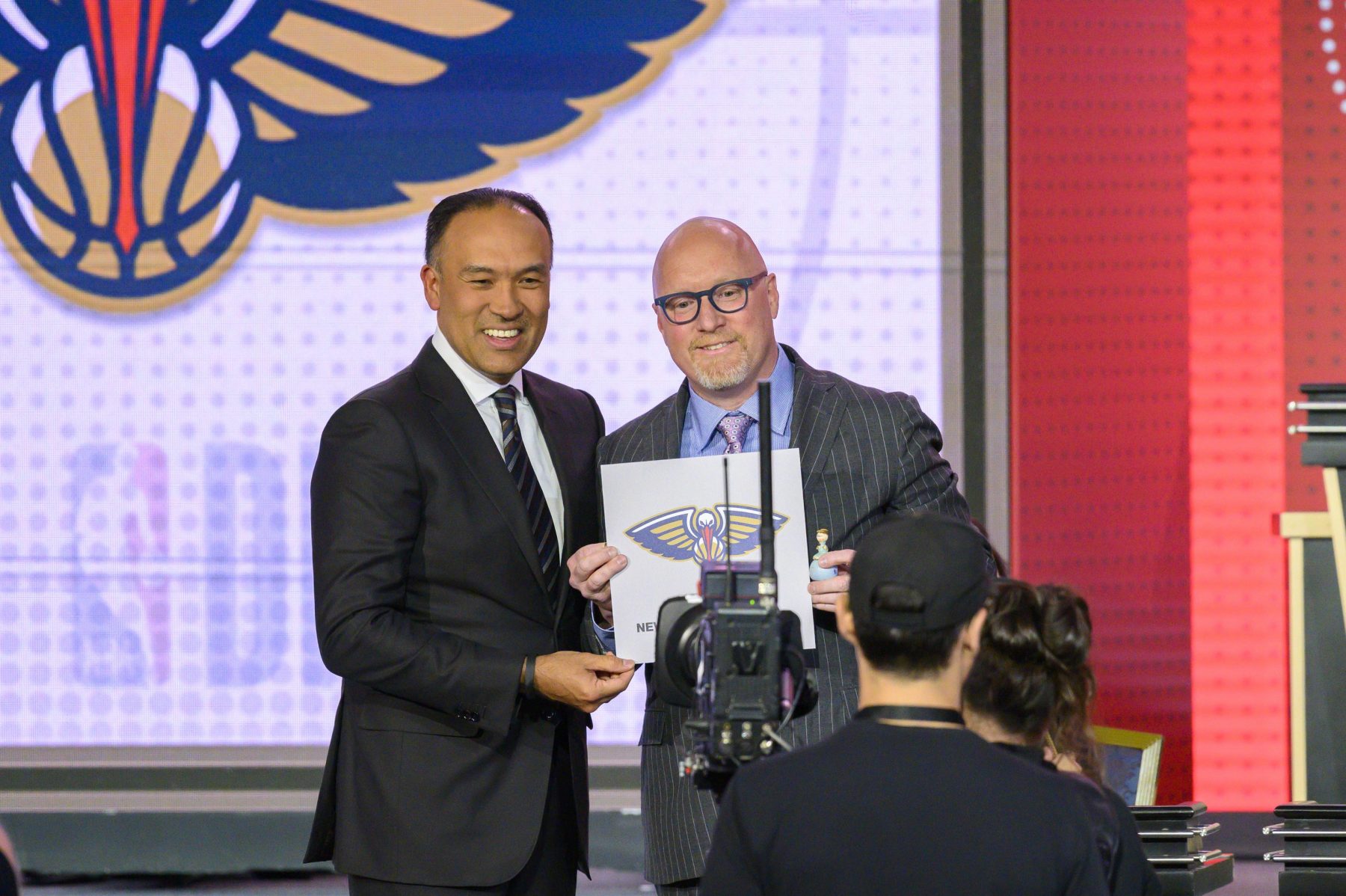 Despite having left his role as general manager of the Cleveland Cavaliers two years ago, New Orleans Pelicans executive vice president David Griffin still has positive feelings toward the organization.

That was evident when he indicated to his successor with the Cavaliers, Koby Altman, a very personal reason why he wanted the Cavs to end up with the top pick in Tuesday night’s NBA lottery.

Joe Vardon of The Athletic wrote that Griffin and Altman had spoken during a meeting of the league’s general managers on Tuesday morning:

“So he (Griffin) leaned over to his former assistant, current Cavs general manager Koby Altman, and said he hoped Cleveland got the No. 1 pick. Why would Griff say such a thing? Why would he wish it on the franchise he helped build into a champion, only to be let go one season later? Because on the stage at the lottery would be Nick Gilbert, owner Dan Gilbert’s son, who’s recovering from brain surgery to remove tumors.”

As a cancer survivor himself, Griffin’s empathy toward the son of his former boss was moving. Whether or not it also helped deliver positive karma his way is unknown, but his Pelicans did end up being the team to capture the top pick. That development undoubtedly means that Griffin will choose Duke University’s Zion Williamson in the NBA draft on June 20.

Unfortunately for the Cavaliers, they not only didn’t receive the top selection, but they dropped down to the fifth overall spot. In a draft where three players: Williamson, his Duke teammate R.J. Barrett, and Ja Morant of Murray State University, stood above the rest, that makes their eventual draft pick a guessing game for the next five weeks.

Griffin has his own dilemma to deal with, since Pelicans forward Anthony Davis has previously indicated that he won’t re-sign with the team. Davis becomes a free agent in July 2020, so Griffin has to quickly determine if his persuasive skills and the addition of Williamson are enough for Davis to change his mind.