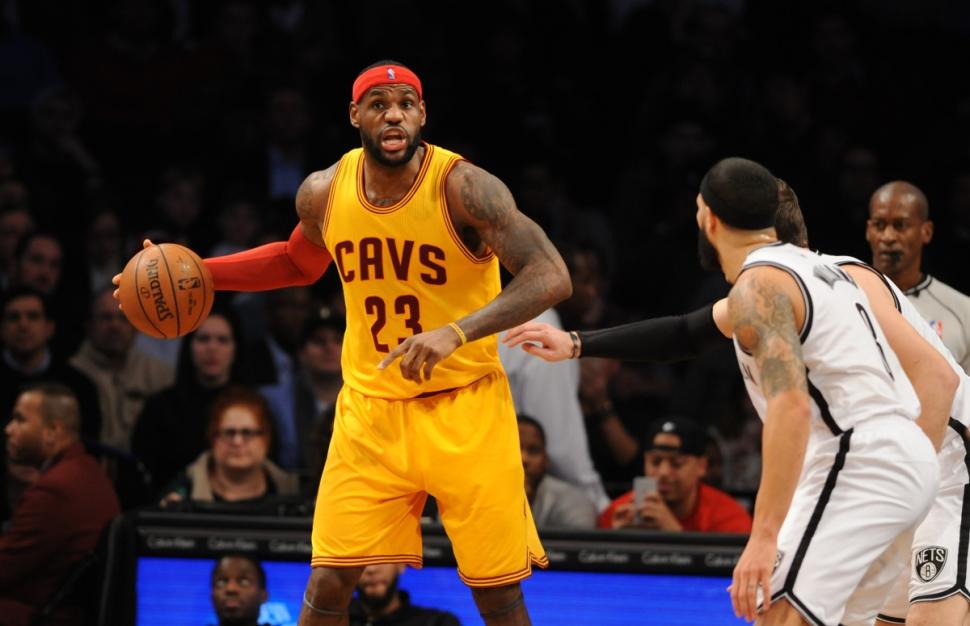 (Cleveland, OH) — On Friday night, the Cleveland Cavaliers (14-10) square off against the Brooklyn Nets (10-14) for the second time this season. The first time these two teams played, the Cavaliers put it on the Nets, 110-88.

The Cavs come into this game following a loss to the Atlanta Hawks that Head Coach David Blatt described as an embarrassment. The Cavs led the Hawks by eight points in the first quarter, trailed by five at the half, and then the floodgates opened. The Hawks scored 62 points in the second-half compared to the Cavs’ 38.

The Nets are similarly reeling after back-to-back losses against the Miami Heat (12-14) and the Toronto Raptors (20-6). This has been an especially disappointing season for the Nets, as evidenced by their entire team currently being on the trading block.

Coach Blatt was extremely short with reporters Thursday after practice as the loss was still fresh in the team’s mind. “Yesterday was not a good day, and everyone’s feeling it,” Blatt said to reporters. “Maybe that’s a good thing.”

While he was not happy with his team’s performance, Blatt wasn’t in the mood to dwell on the team’s struggles.

“It was a bad night,” Blatt said. “A few nights earlier we gave up 88 points, (and) played pretty good. There were things there that have repeated themselves and that’s what we’re trying to address.”

While the team did perform well on defense against the Charlotte Hornets (who hasn’t?), the Cavs’ team defense has been a sieve recently.

The New Orleans Pelicans (without Anthony Davis) shot 55% against the Cavs, and the Hawks (without Jeff Teague) shot 64.5% from the field. When asked about fixes that need to be made, LeBron James focused on getting back to the basics. “Our losses have been a combination of us not playing the way we’ve been practicing,“ James stated.

LeBron harkened back to his Miami days to help diagnose what this Cavs team is missing.

“Communication is huge, having guys that communicate, and guys that take the challenge defensively and also help when guys get beat,” James said. “You have to trust that if my guy gets beat, then I’m going to step up and help that guy, and so on. That trust isn’t always there right now, it’s something we need to get more consistent with.“

1. Consistency on the Offensive End

For the Cavs to improve and take advantage of this home stand, the consistency on offense needs to improve. Bi-polar performances like those against New Orleans, Charlotte, and Atlanta, will continue to hold this team back from its true potential. Until the Cavs figure out how to compete for a full 48 minutes, no lead is safe.

2. Ramp up the Defensive Aggressiveness

Dribble penetration has broken the seemingly improved Cavs defense over the last four games. While struggling against Russel Westrbook is understandable, further struggles against Austin Rivers and Shelvin Mack are not. Kyrie Irving has shown improvement on the defensive end this season, now it’s time to show it every night.

Kyrie has been in a slump recently, and has shot 24-63 (38%) from the floor the last four games. That’s an abysmal percentage, and when the offense relies so heavily on three players, 24 baskets over four games is not going to cut it. If Irving can right the ship, then the offensive inconsistency shown in the Hawks game will hopefully disappear.