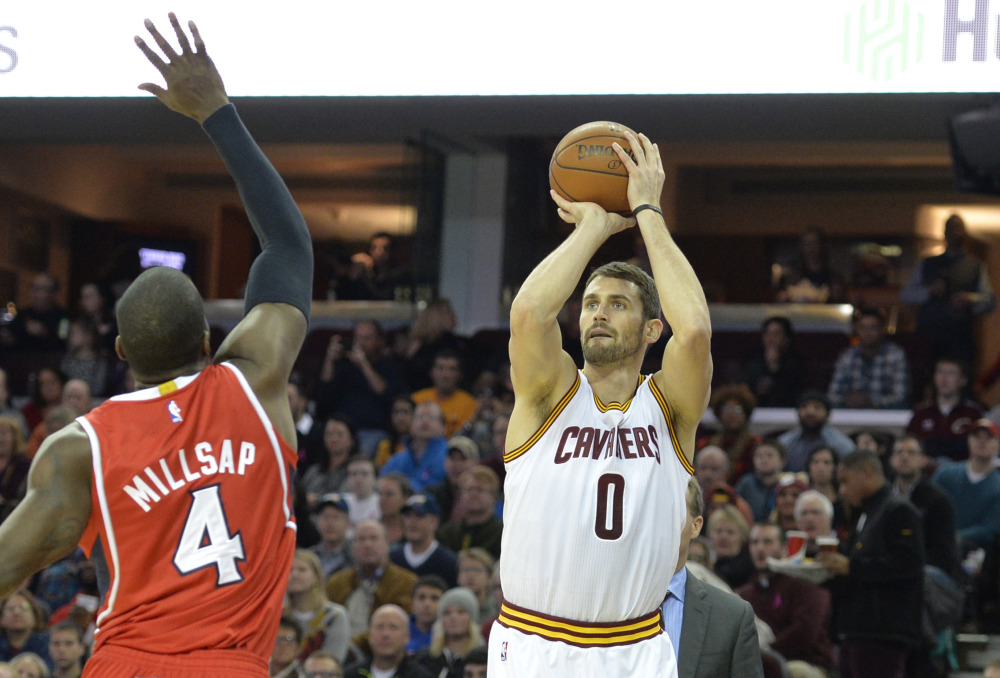 The Cavs have been on a roll recently, winning nine of 11 games including their recent eight-game winning streak. Showing off improved play from the bench, as well as continued improvements on the defensive end, the Cavs are right in the middle of the pack of Eastern Conference contenders.

At this point in the season, the Cavs have recorded wins against the Toronto Raptors, Washington Wizards, Chicago Bulls, and Atlanta Hawks, four teams atop the Eastern Conference.

Although Cleveland’s performance had been erratic to start the season, they are now tied with the Raptors for most wins against teams above .500 at 6-4. This is an encouraging sign, but it also speaks to the Cavs’ troubling penchant for playing up or down to the competition.

The schedule is about to becomes a bit more favorable for the Cavs who started off a five-game home stand with a win against the Charlotte Hornets on Monday night. This is an important stretch for the team as they look to claw into the top four of the Eastern Conference, and go into the Christmas break with some momentum.

“It’s a chance for us to grow, especially at home playing in front of our own fans,” forward Kevin Love said after practice Tuesday, “You guys know what that brings, a lot of energy. They act as a sixth man for us, and they were great last night…being here is especially great before we go on the road for Christmas and especially beyond that.”

The days off in between games and the home crowd should definitely help a Cavs team that just finished playing four games in five nights.

As for the game against Charlotte, Cleveland pulled out the win, but allowed the game to get much closer than it had any right being. The Cavs started the game by scoring 21 unanswered points, thanks in part to the hot shooting of Love. Love has been on a tear at the start of games recently, and he gave credit to the coaching staff and his teammates for his performance.

“The coaching staff, Coach Blatt, and the guys handling the ball are looking for me early,” Love said, “It feels good to get a rhythm early, play inside out, and hopefully that is something that will continue.”

Closing out teams has been a big issue for the Cavs so far this season. The team needs to sweep the leg and keep their opponent down instead of letting them hang around for another 30+ minutes. Part of the problem is poor offensive execution and defensive focus, but the team can’t continue to make dumb decisions when it gets comfortable with a lead. The amount of long two point shots this team takes is staggering. There are too many strong offensive options on the floor to let the opponent off the hook by not passing, and instead taking a terrible shot.

While it will most likely become less frequent as the season progresses, the amount of time LeBron James spends jab stepping with the ball before taking a contested jumper one step in from the three-point line can drive someone insane.

As for the Hawks, the team has been destroying anything in their path recently, winning 10 of 11, and skyrocketing up the Eastern Conference rankings. Atlanta is finally getting healthy and seeing big man Al Horford round into form.

As stated before, this is one of the most dangerous teams in the East. Their mix of depth, skill, and shooting, is going to be difficult for any team to deal with once the playoffs roll around. This is literally a team made up of all criminally underrated players. If they can stay healthy (that’s a big IF), don’t be surprised to see this team take down either a Chicago, or even a Cleveland in the second or third round of the playoffs. Their ability to collapse the defense and kick out to a dangerous shooter is up there with some of the top NBA offenses, and their defense has been much improved (ranked 8th in the NBA in points allowed). This is a much different Hawks team then the last time the Cavs faced them.

STAY IN FRONT OF JEFF TEAGUE! – The first step to stifling the Hawks offense is cutting off Jeff Teague at the point of attack. Teague is one of the fastest point guards in the league and has made great strides in his game year after year. If Kyrie Irving (or whoever is guarding Teague at that moment) struggles to stay in front of his man, then Teague will collapse the Cavalier defense and the Hawks, ranked 3rd in assists per game, will pass the Cavs to death. Expect Tristan Thompson to get a lot of minutes in this game acting as the hedging big man to counter Teague’s aggressive dribble-drive attack.

Get Kevin going early – The Cavs have had a lot of success in recent games getting Love involved on the offensive end early. It feeds into the rest of his game; he plays more energetic defense, moves with purpose on the offensive end, and is an overall superior player. Along with all of this, by getting Love going on the offensive end, the Cavs have the potential of getting one (or both) of Atlanta’s deadly big man combo of Paul Millsap and Al Horford in foul trouble. If the Cavs can limit these two big men, and keep Atlanta from getting into a rhythm, then they should be able to build a strong lead early.

Bench Contribution – The Cavs bench should (emphasis on should) be able to outperform the Hawks bench in this game. While the mix of talent on the Hawks bench is deep, if Dion Waiters and Thompson are able to perform where the Cavs expect them to, than this should be a favorable matchup for the Cavaliers.