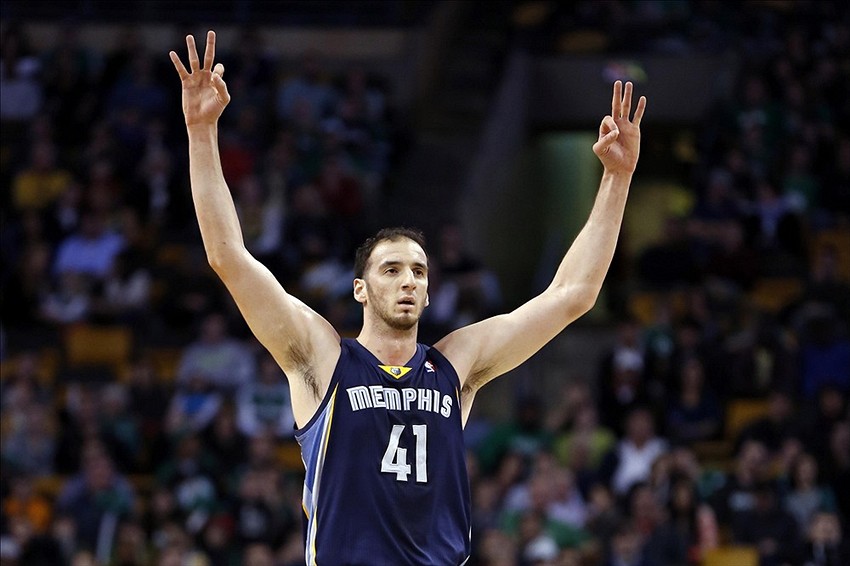 Late Sunday night, ESPN’s Marc Stein was reporting that the Cleveland Cavaliers were reportedly looking into acquiring reserve center Kosta Koufos from the Memphis Grizzlies, with Dion Waiters supposedly serving as bait in the proposed deal.

This speculation would be the latest attempt by the Cavs to acquire help in the frontcourt, which is especially weak, depth-wise at the center slot.

The reported talks with Memphis could also be tied in with the rumors of Cleveland acquiring veteran Tayshaun Prince that were bandied about late last week. That proposed deal is supposedly hung up by salary cap issues, since Prince makes $7.7 this season.

Waiters, the fourth overall pick in the 2012 NBA draft, is making just over $4 million this season, and the Cavaliers have a $5.3 million trade exception at their disposal until next September. For Memphis, Koufos is making $3 million. To make up the remaining difference, Cleveland would then reportedly package some of their other reserve players.

Waiters has struggled as of late with the Cavaliers. He began the year in the starting lineup, but was replaced by veteran Shawn Marion after three games. In his last five games, Waiters has connected on just 32 percent of his field goal attempts, hitting 12 of 37 shots.

The third-year guard from Syracuse University has also been something of a lightning rod for controversy during his tenure with the team. Last year, there were reported chemistry issues between Waiters and point guard Kyrie Irving. Then, early last month, there was a brief bit of furor when Waiters reportedly said he wouldn’t take part in the National Anthem due to religious reasons, something he later denied.

Koufos, who played one season of college basketball at Ohio State, is currently averaging just under 14 minutes per game with the Grizzlies, averaging roughly four points and rebounds apiece in those contests.

Memphis may be more inclined to move him since Koufos is not only currently situated behind the duo of Marc Gasol and Zach Randolph, but he’s an unrestricted free agent at the end of this season.