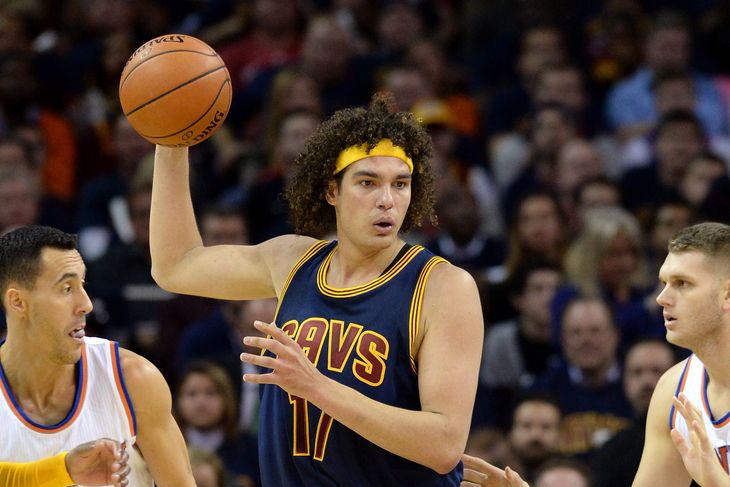 After suffering a rib contusion during Wednesday night’s 113-87 rout of the Washington Wizards, Cleveland Cavaliers center Anderson Varejao is questionable to play in Saturday night’s home game against the Indiana Pacers, according to the Cleveland Plain Dealer.

There was no indication from Cavs Head Coach David Blatt for what exactly caused the injury. Varejao is averaging 10.9 points and 6.9 rebounds per game this season, and has been especially accurate with his outside shot, connecting on 61 percent of his attempts.

Not surprisingly, Varejao has had his fair share of problems staying healthy over the past few years, missing two-thirds of Cleveland’s games from 2010-13 with a variety of injuries.

If Varejao is unable to go, the likely starter will be Tristan Thompson, who has made his mark this year when it comes to offensive side rebounding. Behind him is only Brendan Haywood, who has only seen 20 minutes of action in the team’s first 14 contests, and possiblly Lou Amundson, who has only 37 minutes on the court thus far.

Blatt said a final decision on Varejao’s status will be made following Saturday morning’s shootaround. “We’ll see [how he feels] tomorrow,” said Blatt in response to questions as to whether the veteran would play.